NOTE: This article is about the incarnation of Oyashiro-sama as presented in the sequel series for Higurashi. For the overall iteration, that version can be found here.

Power over the fragments

Eua, also known as Oyashiro-sama, is the overarching antagonist of the stealth sequel series Higurashi: When They Cry Gou and Higurashi: When They Cry Sotsu. A being of unknown origin, she was the one who granted Satoko Hojo her ability to traverse through loops, and is the one that Satoko believes to be the miko (shrine maiden) of. She is the archenemy of Hanyuu Furude.

She is voiced by Noriko Hidaka in Japanese and Emily Fajardo in English.

Eua speaks in a condescending tone of voice with a hint of mockery. Instead of introducing herself to Satoko, or at the least allowing Satoko to get a word in, Eua refers to her as "Mitsuyo", "Vier" (a character existing in another When They Cry work), and then "Anomalous Spinal Cord Specimen LD3105". From the way that she speaks, Eua appears to have infinite knowledge on the nature of loops thus meaning she is omniscient to some degree.

She also comes across as easily bored and needing to be stimulated. As such, she sadistically takes enjoyment out of Satoko's suffering and her deeds in each loop stating that she had yet to tire. For whatever unknown reason, she also seems to have some resentment towards Rika, or the "cat" as she referred her, for unknown reasons.

When Satoko and Rika returned to Hinamizawa in 1988 to attend a club reunion, Satoko decides to take a walk around the village for memory's sake. As she approached the old ritual warehouse, she hears a strange sound and goes inside. When she gazes at the statue of the village deity Oyashiro-sama, a horn-like object emerges from it. Curious, Satoko touches it and is taken to the Sea of Fragments.

Upon arriving, the horned godlike being taking the name "Oyashiro-sama" greets her seemingly confusing her for an old friend of hers. Apparently foreseeing all the chaos that Satoko would wrought, she informs her that she was already aware of her wish of going back in time and decides to grant her the ability to loop regardless of whether Satoko accepted the powers or not. She tells her that this would not come without a cost stating that Satoko's attempts at keeping her entertained were more than enough to satiate her. She also explains to Satoko that in order for her powers to work, she would have to die. Ignoring Satoko's panicking, she sends her back to June 1983 shortly before the defeat of Takano.

When Satoko realized that she was truly back in the past, she attempts to sabotage Rika to prevent the events that led to her falling out with her best friend. However despite her efforts, the events play out the same thus leading to Satoko killing herself and Rika with the falling chandelier thus sending Rika back to the Sea of Fragments.

In Episode 23, Satoko explains how whenever she used her looping abilities, a few of the characters, like Keiichi or Shion, started to remember events from other fragments which led to her killing them in order to cover her tracks. According to Oyashiro-sama, the reason had to do with Rika's accumulated influences over the fragments. Satoko also points out to her that they had been conspiring for a while now and that she never revealed her name to her. Oyashiro-sama insists that she truly had no name, but she would allow Satoko to give her a nickname for convenience's sake. Satoko tries to think of a name to which Oyashiro-sama comedically latches onto "Eua" due to the strand of stuttering Satoko was making.

Higurashi: When They Cry Sotsu

In actuality, Eua was creating a witch in secret. By the time that episode 10 premiered, the witch side of Satoko was fully formed and separated from the human side of Satoko. Satoko tries to intervene by grabbing a hold of the gun, but she is overpowered and killed by her witch side and it becomes the dominant personality finishing the episode by gruesomely killing her uncle. Eua is revealed to be seemingly holding Hanyuu captive in a fragment, and mockingly asks her what she will do now that she's trapped, and refers to her as a failure.

However in Episode 12, while Eua was watching the events of episode 15 play out, Hanyuu materializes from the fragments apparently having tried to look for Eua for a long time. Amused, Eua welcomes her by calling her "her miserable failure." 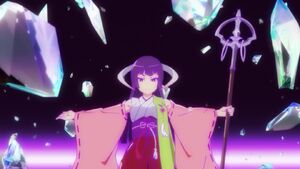 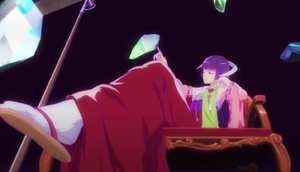 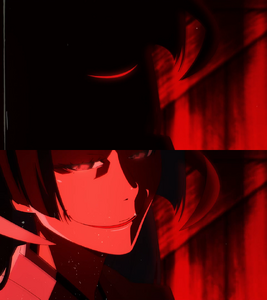 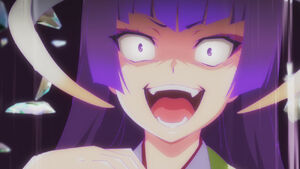 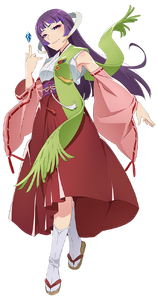 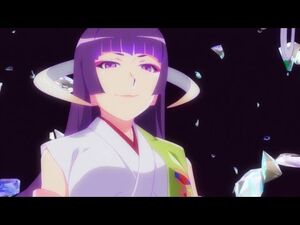 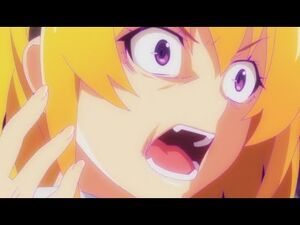 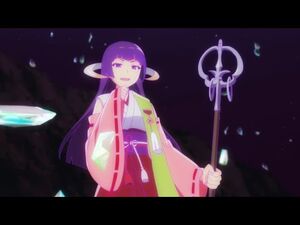 Her name is "Eua" - Higurashi Gou 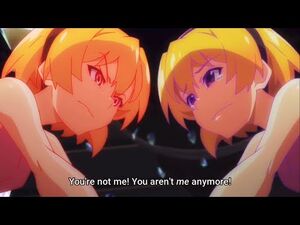 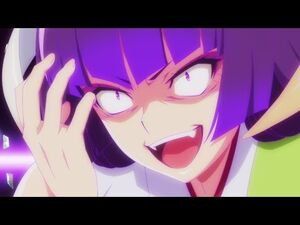 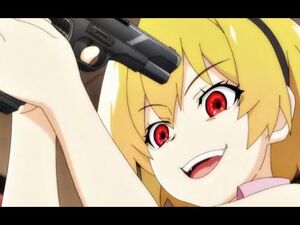 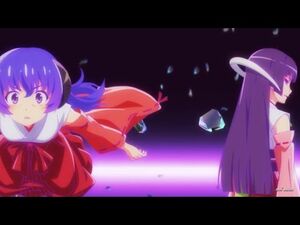