Paibok was behind the plot to replace Alicia Masters with Lyja.

He later battled the Fantastic Four alongside Klaw and Huntara.

He led a contingent of Skrull forces to Earth to capture the infant Watcher, Talmadge, but was stopped by The Thing and Kree forces and arrested. While being transported to the Klyn, the prison ship crashed in Alaska where he led the surviving prisoners in enslaving the native populace to repair what could be salvaged from the prison ship to leave Earth. Drax the Destroyer, who was also on the prison ship, killed the other alien convicts and not wishing to engage in battle with Drax and wanting to get off Earth, he used a beacon he took from the corpse of a guard to hail another prison ship to collect them.

However, while imprisoned in the Kyln the Annihilation Wave broke out which destroyed the Kyln. He was captured by Annihilus' forces and enslaved with mind-control parasites. Thus he fought for Annihilus throughout the Annihilation incident.

When Annihilus was defeated by Nova, the mind-control stopped having any effect and he escaped with Terrax and The Delinquent to a minor planet controlled by Randau the Space Parasite who had enslaved the native population and the crews of any ships that passed the planet. Together, they defeated Randau, whereupon Paibok (who accompanied Delinquent) and Terrax went on their separate ways. 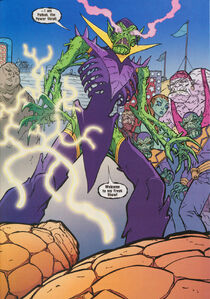 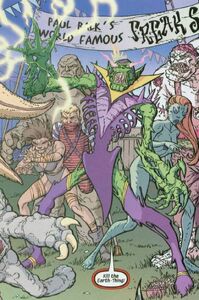 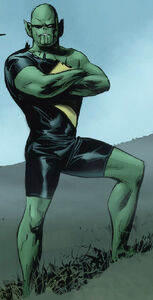 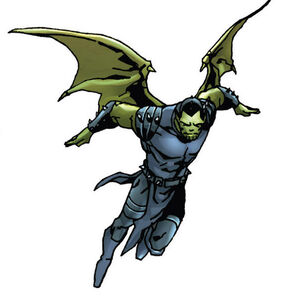 Retrieved from "https://villains.fandom.com/wiki/Paibok?oldid=3238915"
Community content is available under CC-BY-SA unless otherwise noted.