High Strength, Speed, and Durability
Candy Manipulation
Piñata Summoning and Controlling
Object Materialization
Can Regenerate by eating Candy
Cn enter Party Mode after breaking a Lollipop, making him more powerful for a short time
Can summon Candies with Various Effects
Can Spawn a Piñata after killing an enemy
Can fire a powerful pink laser beam from his mouth

To get revenge on the Skylanders for supposedly being responsible for the Unocorn's disappearance. (Formerly; Failed) To find the Unocorn (Current)

Pain-Yatta is a supporting character in the Skylanders franchise, serving as a minor antagonist in Trap Team and Superchargers and a supporting protagonist in Imaginators. A magic trap is required to capture him.

He was voiced by Kevin Schon.

Pain-Yatta is found in Telescope Towers where he is battled and defeated. The player can then either trap him inside a Magic Trap or place him in the Villain Vault for later trapping if they don't have a Trap for him. Pain-Yatta returns in Skylanders: Superchargers as a playable racer and as a Smasher-Class Sensei in Skylanders: Imaginators. Pain-Yatta at some earlier point in his life encountered the Unocorn and befriended it. However, one day the Unocorn went missing, which gave the Doom Raiders an opportunity to trick the colorful brute into thinking that the Skylanders and Master Eon were responsible for the Unocorn disappearance. This is likely the reason why he attacks them in his first appearance (although this has yet to be confirmed). After his defeat, the Skylanders and Eon explained that they had nothing to do with his best friend's disappearance and that he had been lied to. Ever since he has been a Sensei for the Smasher Class of the Skylanders: Imaginators and he continues to search for his missing friend to this day. 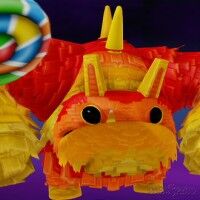 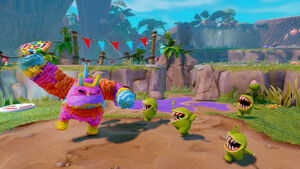 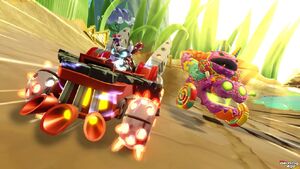 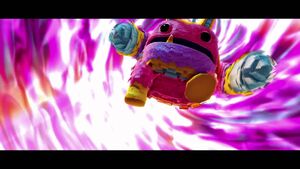 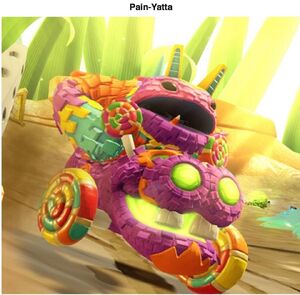 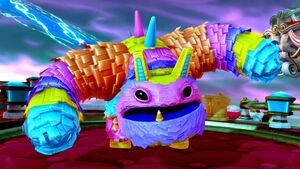 Pain-Yatta about to fight the SKylanders in Trap Team 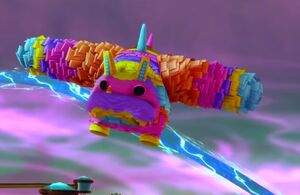 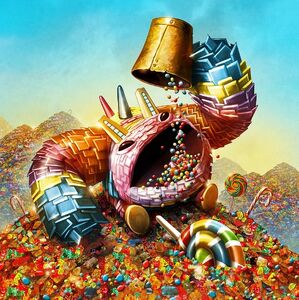 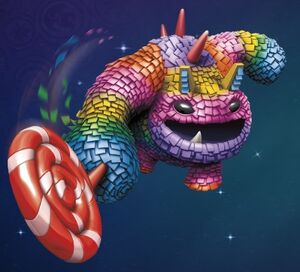 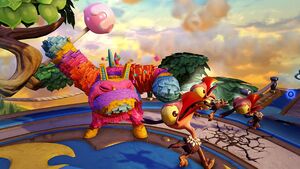 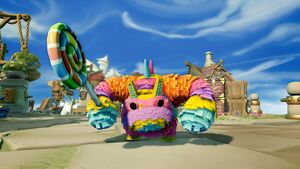 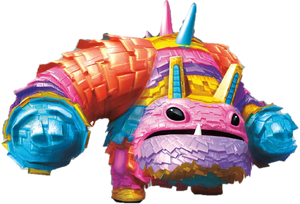