PandaBubba is a ruthless Hong Kong kingpin, and a minor antagonist in Xiaolin Showdown.

PandaBubba is a manipulative, power-hungry, uncompromising, and totalitarian crime boss who will stop at nothing to become the supreme crime lord of all Hong Kong. He will often double-cross allies to suit his needs and fulfill his sinister and diabolical schemes.

PandaBubba has the vague appearance of a panda, with his strange hairstyle, the black rings around his eyes, his bulky appearance and his black and white business suit. PandaBubba and two of his henchmen makes a cameo in "Time After Time".

PandaBubba entered the picture when Jack Spicer traded him the Shen Gong Wu to get a loan for robot parts (which he used to build his Yes-Bot). PandaBubba discovered how the Shen Gong Wu worked (as well as how to perform a Xiaolin Showdown, or in his case, a Showdown Trio) from a cheat sheet Jack left in the left Jetbootsu. He had plans to take over Hong Kong, but was defeated by Raimundo in a Showdown Trio for the Longi Kite. He had wagered the Fist of Tebigong in a race on boats. After losing, he was arrested by the police. He later returned, tricking Kimiko's father into making him a business partner. He attempted to take control of the video game company, as well as managing to turn her father into a zombie using a Shen Gong Wu from Jack, the Zing Zom-Bone. He was beaten by Kimiko in a Xiaolin Showdown playing Goo Zombies 4. His main apperarance in Xiaolin Chronicles is Magic Stallion and the Wild Wild West, Xiaolin Redemption, and Heal Me. 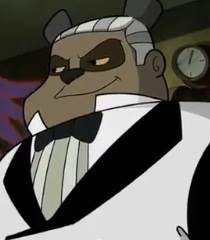 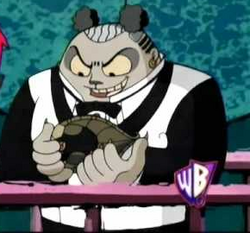 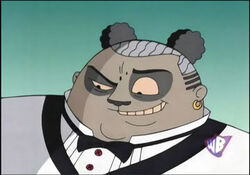 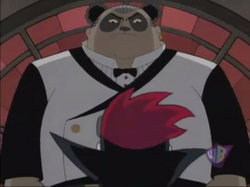 Retrieved from "https://villains.fandom.com/wiki/PandaBubba?oldid=3551396"
Community content is available under CC-BY-SA unless otherwise noted.