Commander in the Underworld Army

Power to manipulate chaos
Ability to create an illusive labyrinth

Tricking people with her labyrinth.

Kill Pit and Palutena in favor of Hades and Medusa.

Help Hades conquer the Earth and Skyworld (all failed).
Reach the Rewind Spring and reacquire her body (succeeded; only for a short time).

Pandora (in Japanese: パンドーラ Pandôra), also known as Amazon Pandora (in Japanese: 女戦士パンド－ラ Onna Senshi Pandôra), is the Goddess of Calamity and a villainess in Kid Icarus. For reasons unknown, Pandora lost her physical form and was reduced to a ghostly face made of a fiery vapor. She can create illusions in her palace and also hovers throughout the battlefield, spitting fireballs at Pit during their battle.

She was voiced by Nika Futterman.

In the original Kid Icarus game, Pandora was the Gatekeeper to Skyworld's Fortress, assigned to guard a part of the Three Sacred Treasures that Pit uses in his adventures to save Lady Palutena from Medusa. She appears as a bubble-like spirit that barely any appearance of a face to her body, with no irises in her eyes.

Pandora appears once again as one of Medusa's commanders, though was truly one of Hades' pawns in his plot to take over the world. She now appears as a ghastly being with no evidence of a body, whatsoever.

Now entrusted with the Mirror of Truth, Pandora hid her and her domain with the Mirror as well, in plain sight, thanks to the aid of the Great Reaper, who kept the Labyrinth of Deceit, Pandora's domain, out of both Pit's and Lady Palutena's sight and grasp. After Pit defeated the Great Reaper, as instructed by Palutena, the Labyrinth is now accessible to the angel and he is now able to confront Pandora once again after many years. Upon entering Pandora's domain, Pit becomes confused with all of the illusions and psych-outs that appear in his way of defeating Pandora and destroying the Mirror of Truth. During Chapter 5, Pit and Palutena converse as they usually do, but Pandora also converses with the two and will be insulted once by Pit, who wonders how Pandora even built the Labyrinth without any hands, remarking that it took a lot of hard work and determination to do. In a part of the chapter, Pandora becomes annoyed by Pit's many questions, saying that it wasn't the "Ask Auntie Pandora hour".

Pandora, despite being defeated, lives on within Dark Pit's wings. When Pit and Dark Pit fought near the Spring of Revival, a fountain that reverses time, Pandora separates from Dark Pit and jumps in to retain her ghost form, although now colored red. After being defeated, she bathes in the Spring of Revival again, this time resurrected as her human form named Amazon Pandora. She became very beautiful, sparking jealousy in both Palutena and Viridi. She was defeated again by Dark Pit, who is then able to save Pit.

Pandora appears in Super Smash Bros. Ultimate as a primary grab type spirit. Her spirit battle is against Wendy O. Koopa on the Omega form of the Kalos Pokémon League stage with Bob-ombs falling from the sky; she resists explosive attacks while the player has Dark Pit as an ally. At level 99, Pandora can be enhanced to Amazon Pandora, whose ability increases the invincibility period of the player's dodges and distance of air dodges. 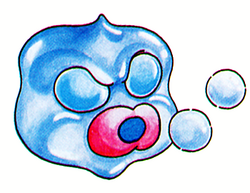 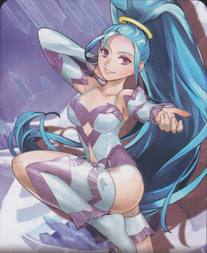