Being mean to Penelope.

To win against the other racers (failed many times)

Cruel Villainess
Pandora Pitstop is a recurring antagonist in the Wacky Races 2017 reboot. She is Penelope Pitstop's cruel and mean twin sister.

She is mean, selfish and cruel. She has a deep resentment, possibly even hatred, of Penelope in almost any way. She does often ally with Dick Dastardly, but always betrays him when it suits her. Her personality is completely different to that of Penelope's and can be meaner than Dastardly.

Pandora completely resembled her sister, except that she has black hair with the predominant color of purple, and wears a racesuit with white gloves and boots.

In flashbacks she is talented but without doing anything, Penelope gets the credit which why Pandora hates her.

So Far to Mardi Gras

Pandora first appears when she was trying to get her sister out of the way in racing, they later got trapped on a tree and telling when Penelope was 'annoying' her since they were young.

She made a minor appearance when Dastardly and Penelope were having a rap battle, she joined Dastardly's team.

Pandora sent Penelope far away and disguised as her to win, fans and kid fans revealed that Pandora is mean, instead of being nice as she finding it hard, she decides to abuse the fans, at the end she is revealed her true identity after Penelope exposes her while Dastardly wins the cup. 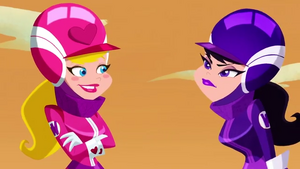 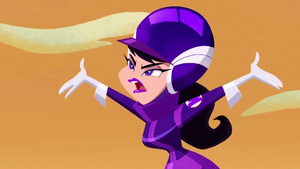 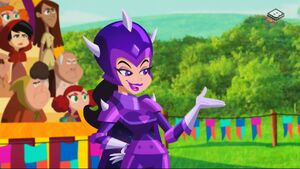 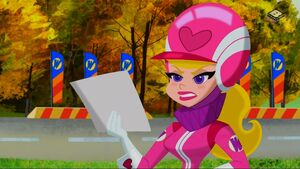 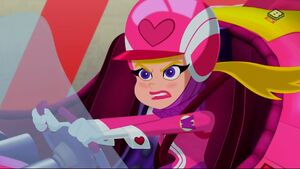 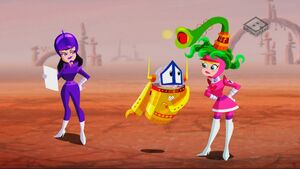 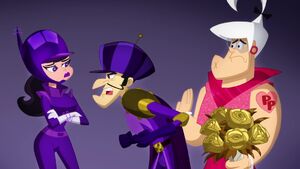 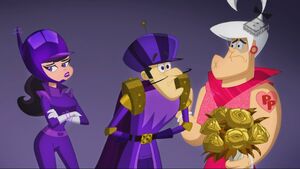 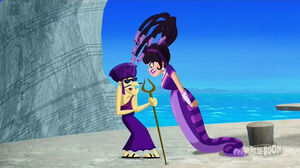 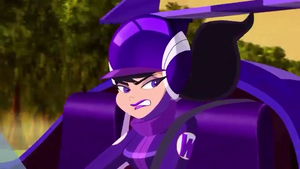 Add a photo to this gallery
Retrieved from "https://villains.fandom.com/wiki/Pandora_Pitstop?oldid=4144133"
Community content is available under CC-BY-SA unless otherwise noted.