Princess Shona (when she was born)

Femme Fatale
Panni is one of the supporting antagonists in the anime, Fatal Fury: The Motion Picture. She is one of the servants/lovers of Laocorn Gaudeamus, the daughter of King Shona and Queen Shona and is the half-sister of Athena Asamiya.

She is voiced by Janyse Jaud and the late Yo Inoue, whom she is replaced by Haruna Ikezawa.

When Laocorn Gaudeamus decided to look for six of Mars' armor and became the owner of his power, the three followed him, although Jamin and Panni secretly disagreed with their master's new ways. Panni sneaked in love with Laocorn.

They took back two armor together and then retrieved the fourth armor from Cheng Sinzan, who wore a special control mask and used him to find Laocorn's sister Sulia. When Sulia recruited Terry and Andy Bogard, Joe Higashi and Mai Shiranui to help find armor before Laocorn, Jamin, and Hauer were sent to follow Sulia and her partners, and Panni was later sent to Stroheim Castle to retrieve a piece of the Armor of Mars, but Laurence Blood was arrives. She defeated him and retrieved the armor of the armor.

After Laocorn gained armor's chest, only the mask was missing, so he sent Jamin, Hauer and Panni to Jerusalem, Israel, where Sulia found it to be the last piece. But later on, the three of them faced Mai and Andy, while Hauer was able to get Joe and Terry out, but Hauer and Panni were defeated by Andy and Mai, respectively, and Jamin brought Sulia to Laocorn. It is not clear what happened after her. The last time she saw her being hit by Mai's Chou Hissatsu Shinobi-Bachi, she fell back and was stunned. Unlike Hauer is killed by Andy. However, she was died in Laocorn's hands.

Panni is extremely loyal to Laocorn and will do anything he commands, but she secretly worries about him and fears what he may become when he finds all the pieces of the Amor of Mars. 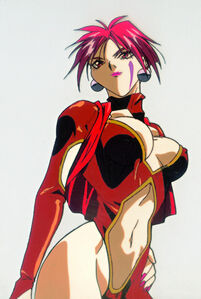 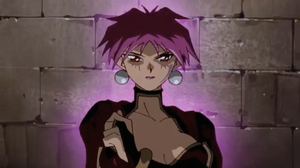 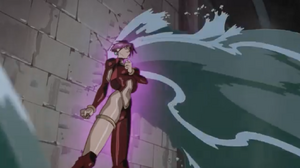 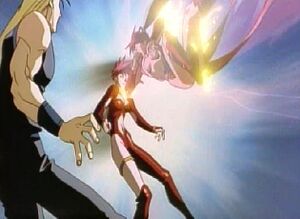 Retrieved from "https://villains.fandom.com/wiki/Panni?oldid=4037219"
Community content is available under CC-BY-SA unless otherwise noted.