Captain of the palace guards

To help Lord Hertford in his plot

Panza is the secondary antagonist of the 1996 animated film version of The Prince and the Pauper. He is the loyal humanoid feline bodyguard and henchman of Lord Hertford. He helps Hertford to accomplish his goal to rule England.

He was voiced by Charlie Adler, who also played Gazeem in Disney's Aladdin, Snively in the Sonic the Hedgehog SatAM TV show, the Red Guy in Cow & Chicken, Ed Bighead in Rocko's Modern Life, Hamilton in Disney's Tarzan, Buck Huckster in Danger Rangers, I.R. Baboon in I Am Weasel, and Starscream in the Transformers film series.

He lived in the deeper level of the royal palace of London. Once Lord Hertford found him to help him to carry out his plot to be the ruler of England and get rid of Prince Edward. Edward is the only reason that Hertford would never get the title Lord High Protector, because Edward hates him, and he doesn't let his father, the king to appoint him. The reason Hertford needs his help is because Panza is a "man of special talents". Hertford promises him that if he proves to be helpful he will appoint him the title of lord. Panza immediately agrees.

When Hertford found out that the Prince switched places with a young beggar boy from London, named Tom Canty, he ordered Panza to capture the real prince. He succeeds, and he even captured his knight companion, Miles Hendon. He sends Edward to a witch in the forest, while he attempts to put Hendon into a pit of tigers. But in the last moment Hendon escapes.

Later in the coronation, where Hertford's plan is to put the crown to Tom Canty's head, therefore he could rule England. But in the last second, Edward and Hendon arrives. Edward shows the royal seal as a proof of his legitimacy, and Tom tells the truth that they switched roles for a joke and Hertford and Panza made him get through the coronation to get England. Hertford then orders Panza to take the Prince as a hostage, but Hendon stands before him and draws his sword to him. Then he fights a duel with Hendon, and he almost wins by knocking his sword out. Panza is about to stab Hendon, but in the last second Edward tosses him in the back, so Hendon can throw him out of the balcony.

It is unclear whether he survived the fall or not.

He has a feline body, with a dark-grayish fur. He wears a green armor with a yellow cape. He keeps his sword with him most of the time. 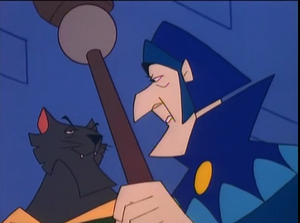 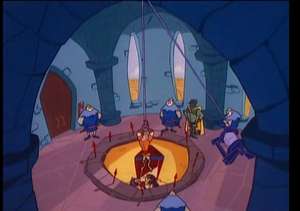 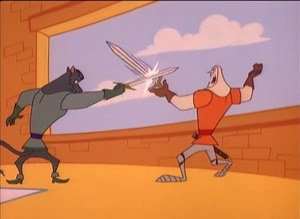 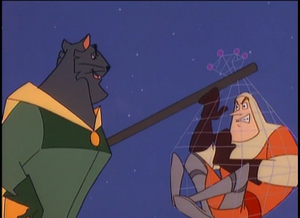 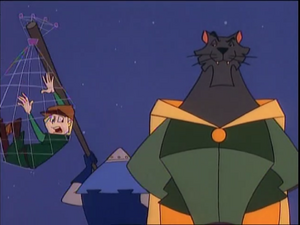 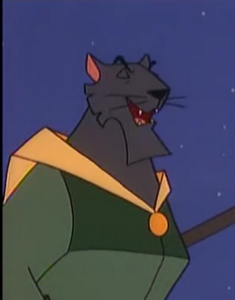 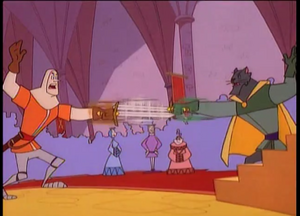 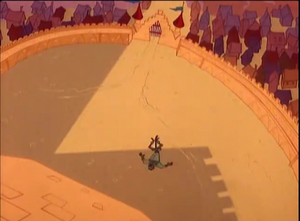 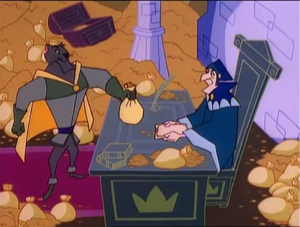 Hertrord and Panza in the royal treasury
Add a photo to this gallery
Retrieved from "https://villains.fandom.com/wiki/Panza?oldid=3578746"
Community content is available under CC-BY-SA unless otherwise noted.