Papa Caesar was a notorious crime lord and the secondary antagonist of The House of the Dead: Overkill. Though no mention of a price being on his head has been brought up, he's being hunted down by G (who's on a mission to investigate his activities in Bayou city), Issac Washington (who wishes to avenge his father whom Caesar killed), and Varla Guns (who's after him for abusing her crippled brother Jasper Guns).

He was voiced by Armand St. Juste.

At first sight, he appears to be responsible for the undead mayhem and the big boss of the operation, with him appearing in almost every chapter while on the run. At the end of the fifth chapter, he kidnaps Varla and throws a tape recorder at Issac, saying that there's a message for him in it. But in the end of the second-to-last chapter, he's shown strapped to an electric chair like the also-captured Varla Guns. At this, it's revealed that he was merely an accomplice, with the real mastermind being the prison warden Clement Darling, though Clement still credits Caesar as the killer of Issac's father. After a moment of shock and disbelief, Caesar finally meets his end when Clements activates the electric chair he's sitting on and kills him, robbing Issac of his revenge.

Contents of the Tape Recording

At the end of the credits, the recording that was given to Issac can be heard. Apparently, Caesar has been suffering from "moral duty" and with no one around, wishes to confide in Issac. It's in this recording that a handful of themes and possible ties to the other House of the Dead games are brought up as follows:

1. Clement Darling was the one who originally discovered the mutation compound in the lab underneath his prison; the compound that is possibly responsible for the following chaos and ultimately the World Collapse.

2. Though Clement's plans were "small-minded" (with his primary intention being to save his elderly mother), he had "very powerful friends" - possibly including Dr. Roy Curien, Goldman, and the mysterious limping man seen in secret endings - who "have had access to the compound for some time", and who have possibly used the original compound or variants of it.

Finally, Caesar ends in asking Issac whether he realizes that his father is alive. Interestingly, when Caesar said that on the tape, many players speculated that Caesar might be Isaac's father. But this is unlikely, as Isaac said that he was named after his father, meaning that his father's name is Isaac Washington Sr. and not Caesar. 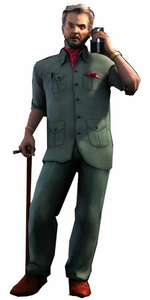 Papa Caesar
Add a photo to this gallery 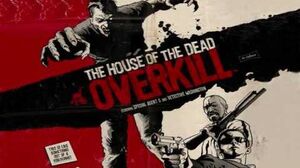 Retrieved from "https://villains.fandom.com/wiki/Papa_Caesar?oldid=3705679"
Community content is available under CC-BY-SA unless otherwise noted.