Prince of the Koopa Kingdom

Heir to the Royal Koopa Family

Bowser Jr. makes his debut in this game as the secondary antagonist. He is fought in Warm Fuzzy Plains of World 1, in or at the end of World 4 when Mario takes the boat back to Decalburg, and in Bowser Jr.'s Floatilla where he stops Mario from ridding Flutter to Bowser's Sky Castle.

In Paper Mario: The Origami King, Bowser Jr. serves as one of the partners during the Green Streamer chapter. When he attempts to attack Boss Sumo Bro. guarding the entrance to Bowser's Castle, Scissors cuts him into pieces. He can't be used until he is bathed in all of the spas at the Shangri-Spa. Accidentally soaking in the Spring of Jungle Mist for too long causes his color to drain, which is fixed when the party visit the Spring of Rainbows.

After the Green Streamer is cleared, Jr. aids Mario in racing to Peach's Castle, riding his Junior Clown Car alongside the airship, crashing when the Folded Soldiers shoot them down into Hotfoot Crater. He is seemingly killed when he creates a ditch to stop the horde of Paper Macho Goombas, only to be discovered alive after hitching a ride with Luigi in his cart to bring the Origami Craftsman to Origami Castle. He is last seen attending the Origami Festival with his father.

In Mario & Luigi: Paper Jam, Paper Bowser Jr. makes an appearance alongside his counterpart. He is fought inside of a mini-game and a boss battle following it. Unlike his father and Kamek, Paper Bowser Jr. gets along with regular Bowser Jr., and they steal the book containing the paper universe only so they can be together forever.

Like his mainstream counterpart, he is mischievous and spoiled. He will do anything for his father and he clearly cares a lot for him, and he does still seem to capture the princess and kill Mario.

However, despite this, he does seem willing to help Mario stop King Olly in Paper Mario: The Origami King after refining terror across the Mushroom Kingdom. 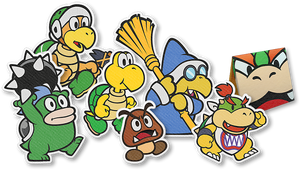 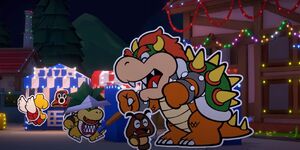 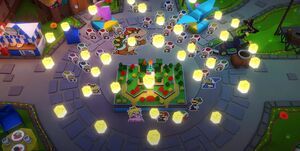 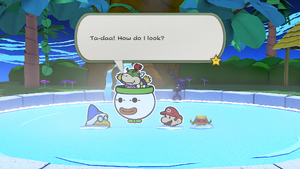 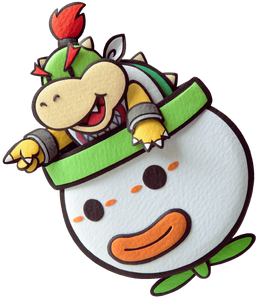 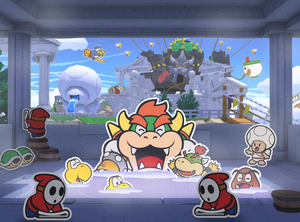