Get revenge on Gerald Fitzgerald

Vengeful Mutants
The Paradise Nuking Survivors are the main antagonists in the third season of Paradise P.D.. They are a group of former-humans, who were unable to find shelter during the nuking of Paradise and have since been mutated by the radiation. They now swear revenge on Gerald Fitzgerald for causing said explosion. Their leader is Clovis, who was temporarily replaced by Agent Clappers, before the latter betrayed the team and was demoted to one of Clovis' followers again.

In "Operation: D.D.", Gerald Fitzgerald, while under the alternate persona of The Kingpin, nuked all of Paradise and destroyed the town. Although most of the citizens were able to find shelter and avoid getting hurt, many were not. The unfortunate people who were effected by the explosion and survived, ended up getting horribly mutated. The mutants were seen as second-class citizens by the non-mutated citizens of Paradise and were discriminated against by the rest of society. The mutants were shunned to the most toxic and mutated part of town, which they referred to as the "Mutant Ghetto". The mutants made their own sub-society in the mutant ghetto and made Clovis their leader. As the new leader, Clovis swore revenge on Fitz for ruining their lives and made it his mission to hunt him down and kill him.

In "Top Cops", the radiation from the nuking of Paradise finally cleared up and Paradise mayor, Karen Crawford made a public announcement that she was planning to rebuild Paradise after its destruction. The mutant survivors were present in the audience and asked her what she did with Fitz and swore that they'd melt her face off of she didn't punish him bad enough. Karen actually pardoned him but not wanting to be mutilated by the mutants, said that she sent him to prison, just to get them off her back.

Randall Crawford ordered Fitz to go down to the mutant ghetto but he couldn't go as himself, so he went in disguise. When he went down there, he saw how horribly the mutants were being treated and wanted to apologize for what he did but when he heard that the mutants planned on melting Fitz's face off if he wasn't in jail, he chickened out and kept his identity a secret by pretending to be Beans Stinkwater and entertaining the mutants with his whiteface minstrel music.

In "How the Cookie Crumbles", the mutants discovered that Fitz wasn't really in jail after Dusty Marlow blew his cover and they went to attack him but Dusty warded them off with a pizza, which reminded them of their horrible mutation and scared them away, while Fitz escaped.

Back at the mutant ghetto, Clovis announced that because Fitz was free, they, as mutants needed to get revenge on him. Just then, Agent Clappers came in and announced that he too was mutated by Fitz and his deviation was having testicles that were five percent smaller than before. He vowed to get revenge on Fitz and became their leader. Clappers remained the leader of the mutants until "Fetal Attraction" when he betrayed them and got demoted to loser, while Clovis took over as leader again.

In "PARAD-ISIS", Clovis led the mutants in kidnapping Fitz's son, Junior and holding him hostage so that he would come down to the mutant ghetto to save him, only to get trapped in a device known as The Mutifier, which would mutate him into a hideous, disfigured deviant just like them. However, Fitz reversed the effects of The Mutifier and had the radiation poison the outside air, while he stayed safely inside. This caused the mutants on the outside to become de-mutated and return back to their normal selves. After being de-mutified, Clovis, now back to Patty Mae, called off her revenge on Fitz and all the mutants set him free. 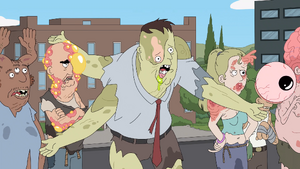 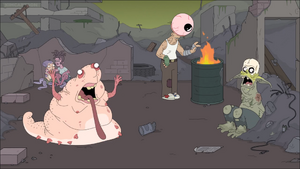 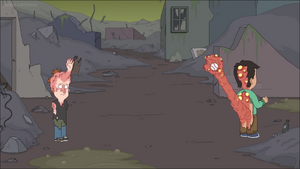 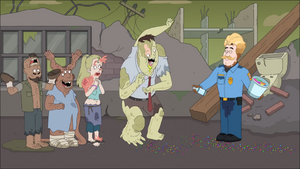 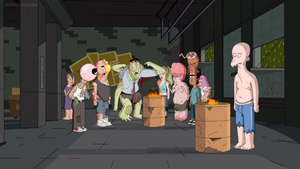 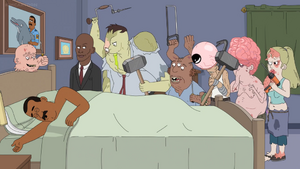 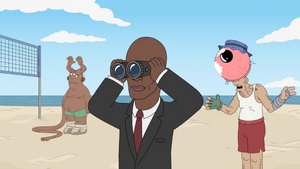 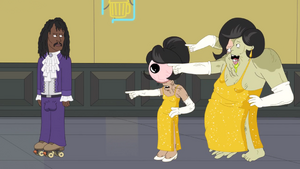 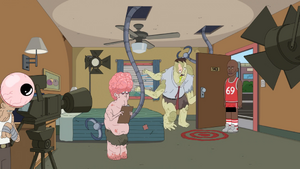 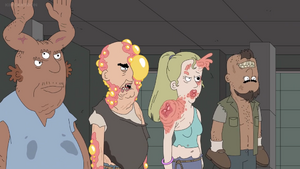 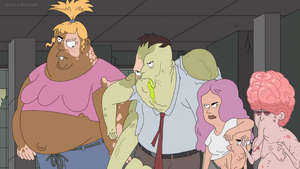 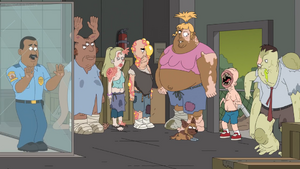 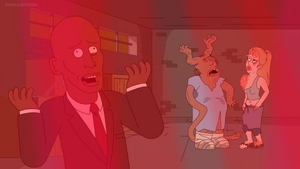