Owns parts of every company in the world

Paradius (also known as Paradius Inc.) is a corporation that is founded and controlled by Dartz during the Waking the Dragons arc of Yu-Gi-Oh!. It hides the secret activities of the Orichalcos. Its insignia is similar to the Seal of Orichalcos itself. It is one of the two organizations alongside the secret cult group Doma that served Dartz.

It is said that this mysterious multinational conglomerate owns a small piece of every company in the world. This company briefly took control of both KaibaCorp and Industrial Illusions. The organization's headquarters itself appears to be a type of castle. In Dartz's conference room, he has a mirror which transports him from his sea lair to Paradius headquarters.

The Paradius building hosted the duels of Mai Valentine against Rafael and the rematch between Yami Yugi and Rafael.

The Paradius corporation was no more after the defeat of Dartz and the destruction of the Great Leviathan. 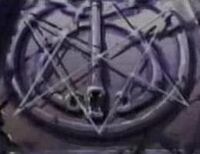 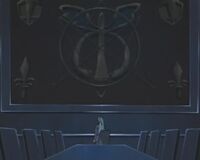 Retrieved from "https://villains.fandom.com/wiki/Paradius?oldid=3339179"
Community content is available under CC-BY-SA unless otherwise noted.