Kill anything in their paths (partially succeeded).

The Parasites, also known as H.S.P.s (Human Scale Parasites), are the secondary antagonists of the 2008 found-footage monster film Cloverfield, the first film released as part of the Cloververse.

The Clover was covered in 2,000 Parasites that are roughly the same weight and height as a dog. They have ten legs consisting of six spider-like, double jointed limbs and four "pincers" on the top and back of its body. They have very large jaws, pale gray skin and multiple black eyes.

The Department of Defense codenamed the parasites "HSPs" (Human Scale Parasites). The Military notes how the parasites attack in pack coordination and prefer enclosed spaces for trapping and surprising their prey. They can also detect unsuspecting victims from afar, by an unknown method. The parasites are also suspected to be the reason the monster made its violent emergence from the water and onto land.

Its species are believed to be from the Atlantic Ocean along with the Cloverfield monster. 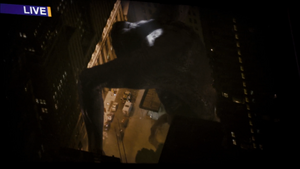 The Clover dropping off Parasites. 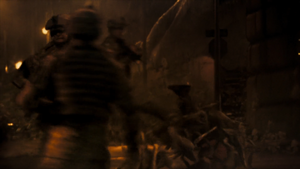 The Parasites attacking people, including the soldiers. 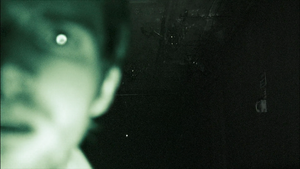 Parasites stalking the group in the subway tunnels. 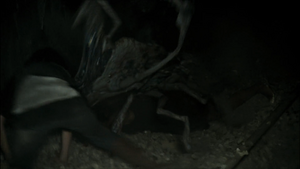 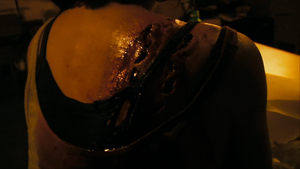 A bite from a Parasite. 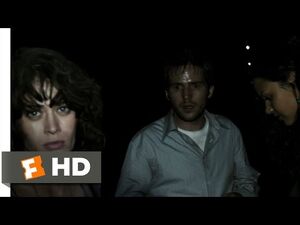 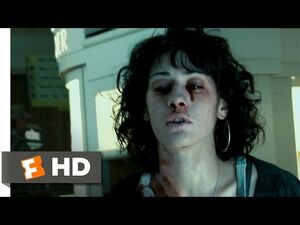 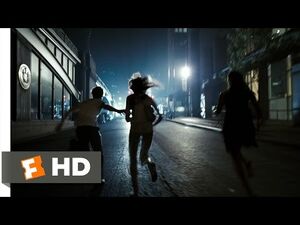