Helping other SCP's like SCP-106 and Bobble the Clown.

Hegemonic Extraterrestrial
Past and Future, also known as SCP-001 (Kalinin's Proposal), is a Keter-class SCP contained by the SCP Foundation.

Past and Future is a member or number of numbers of an alien race that have twisted moral values. They have the ability to build themselves into perfect beings, out of others' sufferings. The race has the goal of returning humans into their original position, on one of their planets known as "The Planet of Hands", in which humans will be turned into slaves, where they will be born only to die for them. Ultimately, Past and Future wants to make humanity to suffer on Earth, so they would go to their planet.

In "Standard Dream Report 66-Y 990.2", Past and Future crucified SCP-990 and used his powers to send an ultimatum to O5-2, appearing as her dead child to emotionally torture her, driving her to commit suicide. While in "The Man at the Threshold", Past and Future managed to mutilate thousands in Egypt and flooded China by removing the Three Gorges Dam, and successfully convinced thousands to flee to the Planet of Hands, followed by more.

Past and Future is capable of influencing anomalous phenomena on a cosmic scale, teleporting many anomalies outside containment and improve their effects, like: 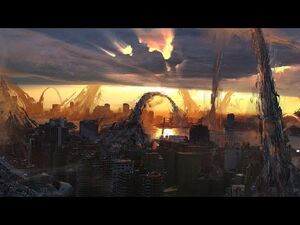 Exploring the SCP Foundation- SCP-001 - Past and Future - Part One 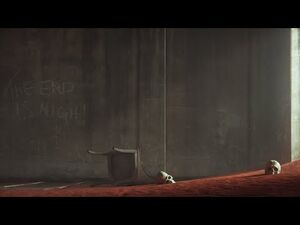 Exploring the SCP Foundation- SCP-001 - Past and Future - Part Two