The Curse of La Llorona

Protect her sons from La Llorona.

Get her sons back from the dead (both failed).
Get revenge on Anna Tate-Garcia (formerly).
Reform and stop La Llorona permanently (succeeded).

Patricia Alvarez is the secondary antagonist of the 2019 supernatural horror film The Curse of La Llorona, the sixth entry in The Conjuring film franchise.

She was portrayed by Patricia Velásquez, who also played Anck-Su-Namun in the 2000s The Mummy franchise.

Patricia Alvarez was the single mother of two boys: Carlos and Tomas. She was friends with social worker Anna Tate-Garcia and her children, though Anna would have to make frequent stops by her home.

One day in 1973, Anna gets reports that Carlos and Tomas have not been attending school. With suspicions of child abuse, Anna visits Patricia again and sees the house filled with candles and ritual charms. Anna investigates a door that Patricia requests she not open. When Anna tries, Patricia attacks her. The officer accompanying Anna detains Patricia, and Anna opens the door to find Carlos and Tomas huddled inside the closet.

Carlos and Tomas are brought to a hospital to stay until they can be given a home. Anna notices burn marks on the boys' arms, but the boys reveal that their mother is not the abuser. Anna, however, does not believe the boys and continues to try and find a suitable home for them, unaware of the consequences this would bring about. That night, the boys are kidnapped and drowned in a nearby river. Patricia arrives mournfully screaming for her sons, and is arrested under suspicion of killing them. As she is being taken away, Patricia tells Anna that the boys' death is her fault, and that she exposed them to La Llorona.

Patricia refuses to cooperate with the police, so they bring Anna in to try and talk with her, though she and her children have begun experiencing paranormal occurrences as well. In the jail, Patricia tells Anna that when her sons were taken, she did not pray to God, but prayed to La Llorona instead, requesting that the spirit give her children back and take Anna's instead as revenge for exposing her children to her.

Anna is later visited by her coworker and friend Cooper, who tells her that Patricia was released due to lack of evidence and her having an alibi during the time of her sons' murders.

Anna and her children continue to suffer increasingly deadly paranormal activities, and soon call on the help of a shaman named Raphael for help. Raphael comes to their house and manages to banish La Llorona from the house, sealing the entryways with lines of fire tree seeds. Anna hides her children in a closet to protect them. However, Patricia makes her way to the house and breaks in, kidnapping the children at gunpoint and trying to force them outside in order to sacrifice them to La Llorona in return for her own children. Anna and Raphael rush to help, and Patricia shoots Raphael in the shoulder. The children wrestle from her grasp, so she breaks the line of seeds in front of the door to allow the angry spirit in. La Llorona rushes in, knocks Patricia out, locks Anna in the basement, and goes after the children.

When Patricia comes to, she hears the screaming of the children and the cries and pleas of Anna downstairs. Hearing a fellow mother beg for her children makes Patricia realize that she cannot bear to cause another mother the same pain that she felt and couldn't get her sons back to life. Coming to her senses, Patricia unlocks the basement door and lets Anna free, allowing her to rush and save her kids, eventually using a fire tree wood cross to defeat the dark spirit, thus ending the tragedies La Llorona already and would have caused and avenging Patricia’s sons.

Patricia was likely arrested and imprisoned again for her crimes, although given her role in reforming and the circumstances of the event, it is possible Patricia was let off the hook, but it was left unknown as she was not seen again.

At her core, Patricia is a loving and protective mother who will do anything to keep her sons safe, even if it is unorthodox. However, after the loss of her children, she becomes vengeful and violent, taking her rage out on those she deems responsible and even putting other families and children in danger for the slight chance that her sons might return. However, after hearing Anna’s desperate pleas for her children, Patricia, sympathizing with Anna, realizes that she cannot let another mother suffer the same way she did and realizes that La Llorona must be be stopped to prevent such tragedies from happening, so she redeems herself in order to right past wrongs. 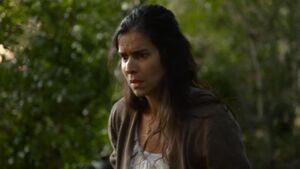 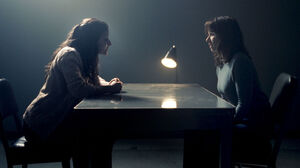 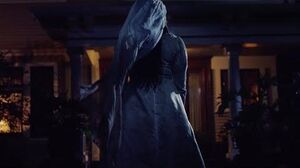