Patricia Sherman is the main antagonist from the 2019 film Among the Shadows/The Shadows Within.

She was portrayed by Lindsay Lohan in her second villainous role, who also played Kimberly "Kimmie" Keegan in Ugly Betty.

Patricia Sherman is the wife of Richard Sherman, the President of the European Federation, and after the murder of Harry Goldstone (the POTEF's campaign manager), Patricia approached private investigator Kristy Wolfe (Harry's niece and the main protagonist) and hired her to investigate an attempt on her husband. Kristy and Harry were both werewolves, and it was revealed that Richard was one as well, while Patricia was actually a vampire.

Harry was murdered by Randall, a rogue werewolf, with Kristy deducing that that the upcoming election served as a motive. Patricia's next meeting with Kristy was an unintended one at a cemetery, where she was mourning a past lover of hers, while warning Kristy to be careful regarding the European police. Even though Kristy took down Randall and Mason, the film's climax saw Richard assassinated by a sniper's bullet, while Patricia was preparing to give an interview.

On the following day, Patricia spoke in mourning for her deceased husband, while announcing that she would run in his place for President, winning the election. Kristy began to notice that others were being killed due to someone covering their tracks; among them being Matthew (Richard's VP) and Frederik Forsythe (who replaced Harry as campaign manager). Afterwards, Kristy later paid a visit to Patricia, revealing her as the true mastermind behind her husband's murder.

As it turned out, Patricia sent Randall to kill Harry to cover up her own plans to have her husband killed - mainly to become President herself. The first hint of Patricia's heel persona came when gave a cold expression while the assassination took place, and following the death's of Matthew and his lover, Patricia visited Frederik and asked him if they remembered what the discussed, with Frederik assuring her that he did, after which Patricia turned heel and had Frederik killed as well. During the confrontation, Kristy uncovered that Patricia used Harry's death to cover up her role and point suspicion elsewhere, and had Max Eddelman (who was attempting to coerce Richard into dealing with European Fossil Fuels) killed as well. The villainess used silver bullets to kill Eddelman, which gave her away, as Kristy stated that only someone who knew about Eddelman being a werewolf could have used them.

In response, the evil Patricia revealed her plans to kill Lt. MacGregor and Kristy, with her henchman holding the latter at gunpoint before he was shot by the former. Afterwards, Patricia lunged at MacGregor and bit his neck, and later knocked out Kristy, and later on, the villainess spoke to Kristy telepathically and stated that Kristy would take the fall for Randall and Mason's murders. As part of the deal, Kristy would confess and receive a 2-4 year sentence, only for Patricia to release her after a year. With Patricia's words playing in her head in the final scenes, Kristy reluctantly acquiesced to the deal, vowing to take down Patricia when she is released. 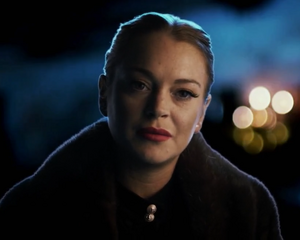 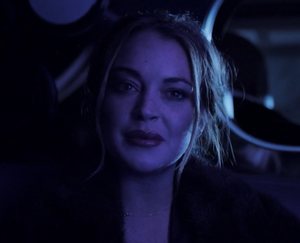 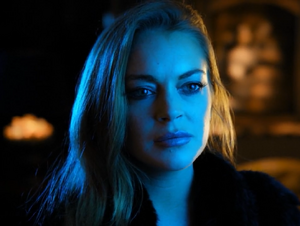