View source
watch 01:43
Who is Patrick Hockstetter?
Do you like this video?
Play Sound

He was portrayed by Owen Teague in the films, who also played Harold Lauder in the 2020 The Stand miniseries.

In the 2017 film, Patrick Hockstetter's character is considerably changed from the source material. He is not nearly as malevolent as he is in the novel as we see none of his heinous actions. He also shows none of his bisexual tendencies except for licking his lips when the Losers walk by him in school.

Patrick Hockstetter is seen harassing several of the Losers Club with the rest of the Bowers Gang, including throwing Stan Uris’ hat through the window of a moving bus. He is also present when the gang attempts to run Mike Hanlon over with Belch’s car (though plays no part in harassing Mike), and again when Henry attempts to carve his own name onto Ben Hanscom's stomach, intimidating the latter with a makeshift flamethrower.

After Ben Hanscom escapes into the Barrens and the bullies give chase, Henry orders Patrick and Belch to go after him while Vic Criss helps him find his knife. During this time, Patrick orders Belch to search the forested area of the Barrens whilst he searches along the river. While still hunting for Ben, Patrick enters a sewer, thinking that Ben is in there. However, he suddenly walks into a group of people walking to him in the dark. As Patrick sprays fire for light to see who they are, it is revealed to be IT as zombie children to frighten Patrick, otherwise known as the dead kids in the sewer. This causes Patrick to run. While running, Patrick trips and falls into the sewer water, getting blood on his face, but Patrick gets back up and keeps running. However, It, as Pennywise, traps Patrick in a dead-end of the sewers. He looks back and hears the zombie children far away from the sewer, and finds something to defend himself. While doing that, he spots a red balloon from nowhere, with the phrase "I LOVE DERRY." Shortly after, the red balloon bursts, revealing Pennywise with a bloody mouth. Patrick screams as Pennywise immediately sprints to him and eats him. A missing person's poster is seen for Patrick on a telephone pole in Derry shortly after as the Losers Club goes to Ben’s house.

Patrick was a very insane, deeply disturbed, and psychopathic person who had a solipsistic worldview and believed himself to be the only "real" being, considering everything except him to not be real, explaining why he does not feel any fear or pain (the only exception being leeches, which he feared from an early age). He was willing to kill his baby brother out of fear of being replaced, which clearly broadened Patrick's likeness for cruelty and murder, slowly but surely molding him into the psychopath we see him as.

In the movie, Patrick is far less depraved and evil than he was in the novel. Although he still shows some signs of being sadistic and disturbed, such as laughing when Henry cut Ben's stomach and later pursuing Ben through the sewers with his makeshift blowtorch. Despite this, he is never seen trapping or torturing any animals like he did in the novel, and seems to get along with the gang better. In addition, Patrick isn't shown as perverted and makes no attempt to sexually assault female students and is never seen making any advances towards Henry.

His film adaptation also doesn't appear to be as devoid of fear, as Patrick got scared by the undead children in the sewers, and also screamed at the sight of Pennywise just before the Derry Disease devoured him.

Henry Bowers was a childhood friend of Patrick's due to their sadistic personalities. The begin their friendship in 1958, with Beverly suspecting that he was Peter Gordon's replacement (he either left the gang or was killed by It). They are only seen together a couple of times, but Henry does seem to have an ounce of respect for Patrick. He encourages him to assault hypochondriac Eddie Kaspbrak and laughs when he spits on him, and later he's seen in the junkyard with Patrick lighting their farts on fire along with Vic and Belch. Patrick and Henry are implied to be attracted to each other, because Patrick then masturbates Henry, and Henry enjoys himself. However when Patrick offers to give him oral sex, Henry punches him and calls him several homophobic slurs and tries to blackmail Patrick. Later, Patrick is killed by It near the sewers. His disappearance and death are not mentioned by Henry or one of his friends, but Henry may have only done this out of anger and humiliation.

In the movie, the two are closer and seem to get along much better, with Henry seeing Patrick as more of a friend than just some extra muscle. There is also no sexual encounter or fight between them. They are first seen together staring down Richie Tozier in the hallways, and then they beat him, Stan Uris, Eddie Kasbrak and Bill Denbrough a few minutes later. They also hunt down Mike Hanlon. Patrick is present when Henry assaults Ben, and he threatens to set his hair on fire. He watches Ben be cut by Henry with pleasure, but when he gets away Henry sends him to get him. Patrick is killed by It, and despite their closer friendship, Henry says that he doesn't care when Belch mentions his disappearance in a deleted scene. This may have been out of anger rather than Henry's actual feelings though. In the Chapter 2 movie, a zombified Patrick gives the older Henry his knife and using Belch's old car to escape for his revenge on the Losers. Henry seems a little happy to see Patrick. 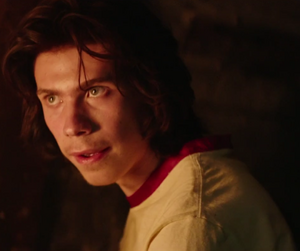 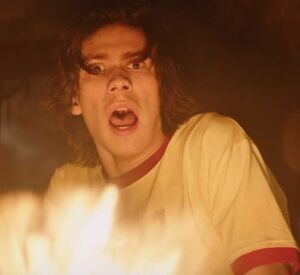 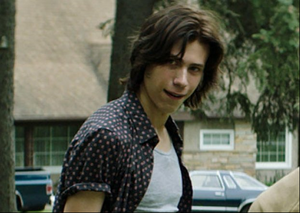 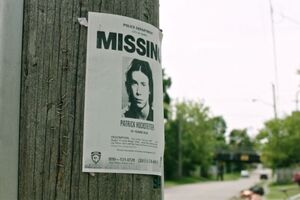 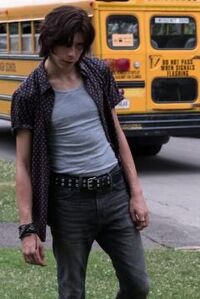 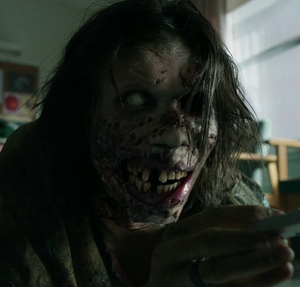