The Screamers from Beyond
The Screaming Ones
The Destroyers
The Dark Ones
SCP-3340
The Ignored Ones
The Screams in Silence
You Think, Therefore We Are

Be freed from their confinement and destroy humanity.

Pattern Screamers are a race of ancient creatures existing within the SCP mythos. They existed before the dawn of time, until they were nearly eradicated by an abstract force called the Pattern. Currently, the Pattern Screamers do not exist. The problem is that they are aware of their own state of non-existence and have grown to loathe the universe for existing, particularly the human race. If they are perceived by enough people at one time, they will begin to exist again and pose a threat to humanity and the universe.

The SCP Foundation knows them as SCP-3340.

In some previous incarnation of the universe named "The First Hytoth", a race of creatures that fed on concepts existed. They were preparing to ascend to another plain of existence, but were prevented by a mysterious force called the Pattern. The Pattern was a CK-Class Restructuring Scenario caused by the being known as the Voruteut that threatened this race's existence. The race fell upon their peers and devoured them in hopes of stopping the Pattern, but this did not work. One part of this race, the Tribe of Stars, entered the Pattern, and for the first time the Pattern changed. After Arakur, Eabani, Giringeme and Ninkigal from the lower plane of existence, trapped the Voruteut inside SCP-001, there was a terrible flash of light, and the rest of the beings saw that a new universe, "The Second Hytoth", had been created thanks to SCP-184. They tried to follow, but the Pattern ripped apart their physical forms and tore away their identity. They were reduced to a state of non-existence known as Pattern Screamers. Some, known as SCP-2528, retained memories of what came before, while most were trapped in a limbo outside time with no memory of what they once were.

At some point, the Screamers became aware of humanity as they forged a vast empire across the stars. The Screamers hated humanity, blaming them for their lack of existence, and tried to wipe them out. They destroyed almost all of humanity, but some were saved. A mysterious force, wanting to preserve humanity, created SCP-1795 to build planets for the human race to survive on. The Foundation became aware of SCP-1795, who told them of the Pattern Screamers.

Currently, the Pattern Screamers dwell outside of existence in a place known as Limbo which exists between universes. They cannot exist unless they are perceived by humanity, and when they are they will crawl out of the void and destroy them as revenge for their hellish state of non-existence.

SCP-000 is a Pattern Screamer that somehow became trapped in the SCP Foundation's database. The Foundation is unaware of SCP-000's existence, believing it to simply be a corrupted file. 000 sees the database as a vast white plain, stretching out for all eternity. It regards its confinement as hellish and unfair, being unable to remember doing anything to deserve it. Several other unspecified entities, possibly other Pattern Screamers, have been witnessed by SCP-000 within the database. They only ever remain for a few seconds at a time and only one has communicated with SCP-000 to tell it a single word, "Foundation". 000 believes the Foundation to be responsible for its confinement and so despises them, despite not knowing what they are. Eventually, SCP-000 was driven insane by its confinement and began shouting, seeing that it produced an effect on the sky. Wanting to possibly escape, it began screaming, hoping that one day its screams will eventually rip a hole in the sky and be freed.

A Pattern Screamer inhabiting a pocket dimension inside a wormhole formed 5km from Site-42, emitting an infinite amount of power and energy which the Foundation sought to use in order to fix the power supply around the world. However, when two TSAT-P, Leonidas.aic and Fodder.aic of the Foundation's AIAD tried to form a document of it in the database, the Pattern Screamer took control of them and its page, absorbing the two artificial intelligences and inhabiting its page now named SCP-2, similar to SCP-000 and SCP-S.

Closing SCP-739 while it is empty produces a monster implied to be a Pattern Screamer. The Pattern Screamers that emerge from SCP-739 are the only Pattern Screamers to appear physically rather than indirectly. These Pattern Screamers have an "unknowable" and cognitohazardous appearance - they appear as darkened blots on camera, and those who see them in person find them foreign, impossible to describe or understand, and deeply frightening. They regenerate rapidly from injury but seem to be poisoned by free oxygen, indicating their alien nature. They attack using blasts of extremely loud noise, in excess of 210 decibels, which can destroy barriers and kill people. These sonic blasts are actually very loud and heavily distorted speech, beginning with the phrase "You let me in!"

SCP-2528 is the name given by the Foundation to the Pattern Screamers that can remember their previous existence. Scattered across south-east Asia, they can only communicate with the Foundation through pandas. The Foundation became aware of them after a reality-altering event took place in the area and the pandas utilized by SCP-2528 remained unaffected. During their investigation, one of the Pattern Screamers communicated with them to tell them about the origin of their race. It believed that the Foundation could help free it from its non-existent state, and begged them to stop the Pattern before they were completely wiped out. The entity them stopped communicating, implying its death.

SCP-2821-2 is an entity dwelling at the center of the Keter-class anomaly known as SCP-2821-1. The Foundation are unsure of the entity's nature, but believe it to be the cause of SCP-2821-1. They also believe that SCP-2821 as a whole is a threat to the existence of the solar system and that the possible expansion of SCP-2821-1 would cause a VK-Class reality restructuring event.

The Foundation has intercepted one transmission from SCP-2821, presumably sent by SCP-2821-2. It goes as follows:

Certain portions of this transmission imply that SCP-2821-2 is a Pattern Screamer. Under the effects of SCP-1548, all of SCP-2821 vanished from its current position, and it is speculated that it formed a wormhole to another region of the universe. During the attack of various eldritch monsters on the Solar System, one of the few remaining star systems following the destruction of most of the universe by the monsters, SCP-2821-2 went to SCP-3417, an alien preacher of the Ortothan religion, and seemingly killed the alien in order to stop its motivational messages and leave humanity in despair.

In "Revolution Earth", a Pattern Screamer is seen inhabiting SCP-3005, a Scranton Reality Anchor which because of this causes the anchor to malfunction and warp the minds of people and reality around it as it intermingles with the Fifth World. This Pattern Screamer eventually goes to possess a Chaos Insurgent named Angela, a lesbian who grew in the Soviet Union and formerly worked as an engineer for the SCP Foundation, manifesting as a "hole in her mind" since she was a child. However, unlike most other Pattern Screamers, this one doesn't seem to be harmful and even helps Angela during her missions.

SCP-3930 is a void located in the Ural Mountains. The containment procedures consists of preventing anyone from being made aware of its existence, as it itself does not exist. However, on entering it a person perceives themselves to be in a building. This building is very strange and does not follow spatial logic, with doors disappearing after being walked through and other similar anomalies. It was discovered by GRU Division "P" and cordoned off soon after.

According to Dr. Andrei Vasiliev, a Soviet scientist who was found operating the containment procedures for SCP-3930 before the beginning of Foundation intervention, a creature dwells within the void that does not exist. This creature can be perceived safely by ten people at a time; any more than that and it will crawl out and kill those who have gazed into the void. Dr. Vasiliev says that "This thing... it is a hateful mirror. It desires you to look at it. The more who look, the more hateful it becomes."

SCP-4314 is a group of Pattern Screamers each designated SCP-4314-π, SCP-4314-√2, and SCP-4314-Φ. These Pattern Screamers can only communicate using binary code in their respective irrational numbers due to the numbers not corresponding with the physics of the universe. The Pattern Screamers use this communication to spread awareness of themselves to the human population, but the Foundation has thus far deterred this attempt.

A pattern in noises emitted by sea creatures that immobilises and often kills sharks. It was discovered by GOI-18153, the "Shark Punching Center", and used to immobilise sharks to allow their members to punch them. The Foundation communicated with GOI-18153, who connected the phenomena with SCP-3930 and coined the phrase "Pattern Screamers" to describe it. They can apparently exist in anything that contains a pattern, including whalesong. The group were able to communicate with the Pattern Screamers and felt sorry for them due to their horrific situation. They taught the Screamers to punch sharks in order to alleviate their suffering, producing the SCP-4373 sound, and eventually convinced them not to harm humanity. This would imply that the Pattern Screamers are no longer a threat.

A group of Pattern Screamers which inhabit SCP-4400, a dark version of Palenque National Park located in between reality and non-existence. These Pattern Screamers made a deal with the ancient Mayas and granted them with knowledge on how to create magical nuclear bombs. However, after the Mayas saw the terrible power these bombs possessed, they created SCP-4400 and locked the bombs and the Pattern Screamers within the place.

In the non-canonical SCP-404-J, a Pattern Screamer was a staff member of a site used by various gods who created different planets. It along with several users criticized !Jehovah's planet named "Erf!" stating that it terribly created and decided to have it deleted.

SCPs associated with the Pattern Screamers 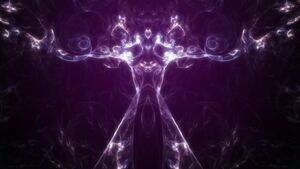 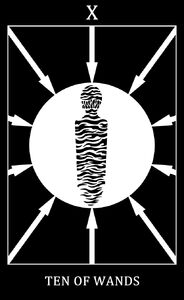 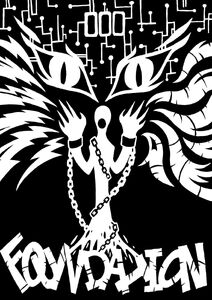 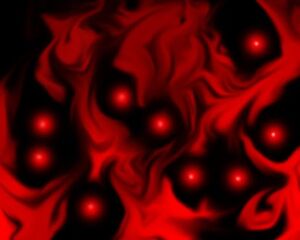 The Pattern Screamers' real faces as seen in SCP-S. 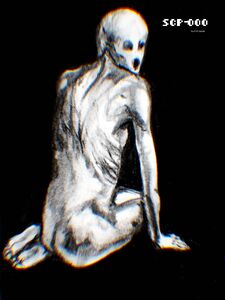 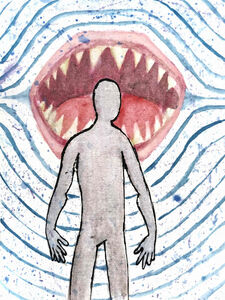 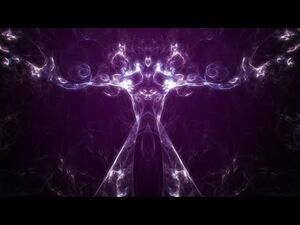 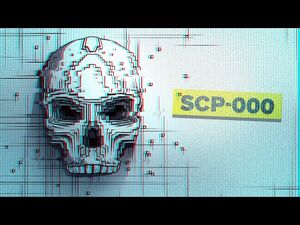 Retrieved from "https://villains.fandom.com/wiki/Pattern_Screamers?oldid=4279257"
Community content is available under CC-BY-SA unless otherwise noted.