She is voiced by Tara Strong, who also voices Harley Quinn in the Batman: Arkham series.

Her real name is Pacifica Ocean and she was a Cipher agent who infiltrated the Militaires Sans Frontièrs during the Peace Walker Incident in 1974. She had taken possession of Metal Gear ZEKE and she gave Big Boss the opportunity to surrender to Cipher. But he resists and after a hard fight, Big Boss comes out the victor and Paz ends in the sea.

Big Boss finds out that Paz was still alive and a prisoner of XOF, he goes to save both her and Chico. Once you get on the helicopter, he and the the medic remove a bomb from the belly of Paz, placed by Skull Face to kill Big Boss. Paz eventually regained consciousness, being brutally interrogated by an angered Kaz Miller due to the attack on Mother Base.

However, you will find that Paz had another bomb and saves Big Boss by throwing herself from the helicopter. The explosion causes the Boss' helicopter to crash into a XOF helicopter, with him suffering from minor injuries (due to him being saved by the medic). Before her rescue, Skull Face had promised to Paz that Big Boss would be safe if she would tell him where Zero is, and so she confessed. Despite saving Big Boss, Chico died in the helicopter crash, and the other survivors were taken to a hospital to recover.

Paz appears as an illusion of Venom Snake, with him collecting mementos of her before she would appear before him. Venom's illusion went to him thinking Kaz and Revolver Ocelot were giving him info on her. Paz revealed to Venom that there was a bomb inside, and attempted to pull it out of her before the explosion. Venom Snake realized that the "hospital room" was actually under construction, being only a metal floor. Venom then caught a butterfly in his hand, only for it to vanish. He realized that he was experiencing vivid hallucinations, possibly out of guilt of not saving Paz nine years before, feeding into his phantom pain.

Paz appears in Super Smash Bros. Ultimate as a Advanced-level support spirit that grants the player a Bob-omb when equipped. In her spirit battle, the player must fight a Villager and a giant R.O.B. on the Battlefield form of Gaur Plain, with the only hazard being the occasional "festival" of Bob-ombs. 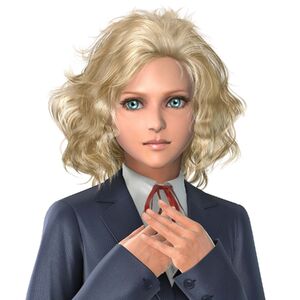 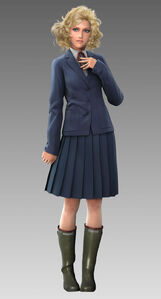 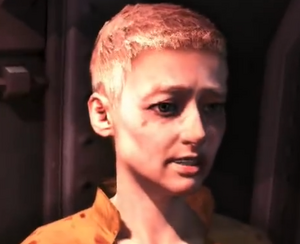 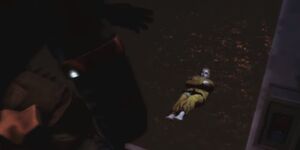 Paz moments before her death. 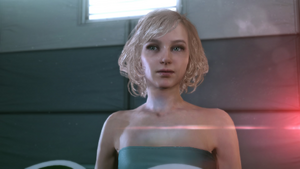 A phantom of Paz in Metal Gear Solid V: The Phantom Pain.