Captain Howdy (by Regan)
The Master
The Devil
The Salesman

Tormenting and possessing its victims.

Extort to have sex with as many human males as possible (all failed).
Possess Regan MacNeil (succeeded).

Pazuzu is the main antagonist of The Exorcist franchise. He is a powerful demon who was based loosely on a mythological figure native to Babylonian culture where it was considered the king of wind demons and son of the Babylonian god Hanbi.

In the original book and film, Pazuzu was the demon that possessed Regan. This was its most famous outing, but it had also appeared in all five Exorcist films as well as Fox's 2016-2017 TV series.

In this prequel to The Exorcist, Pazuzu lorded over a pagan temple, systematically murdering anyone that came to the temple. The sole survivor that would remain is often a priest. Towards the end of the film, the only survivors of Pazuzu's massacre was Father Merrin and a young boy.

Dominion: Prequel to the Exorcist

In the novel and film adaption, Pazuzu managed to possess Regan after she played with an Ouija board (appearing to her in form of the now infamous demon called "Captain Howdy"), turning her into a hideous vessel for it to mercilessly taunt and abuse those around itself while also displaying major supernatural powers that increased as the story progressed. It presumably grew in strength as the demon took more and more control over Regan's hapless form - which twisted her into a demonic parody of her former self which included behaviors like vigorous masturbation with a crucifix, demanding people to have sex with her, and yelling sexual insults at people.

Regan's mother became desperate and sought two priests to exorcise the demon from her daughter after several failed attempts to solve the problem by more scientific methods (with Regan violently attacking doctors and therapists). That proved trickier than expected as even the priests were reluctant to perform an exorcism due to the belief that such things were confined to the Dark Ages.

However, Father Karras and Father Merrin eventually arrived to perform the exorcism regardless. The battle with Pazuzu was a terrifying rollercoaster for the two priests, who struggled to contain the vast powers of the creature. Sadly, the battle proved too much for Father Merrin, who died of a heart attack during the exorcism. Father Karras became enraged when Pazuzu mockingly laughs at his futile attempts to revive Father Merrin while demanding him to fuck it and was possessed by the demon after forcing it out of Regan through physical force upon which the priest leapt out of the window to his death. Presumably without a human host, Pazuzu was dispersed when the two priests died, but it returned in the future sequels of the novel and film.

Pazuzu plays a crucial role, and was also the instrumental in revenge against Father Damien Karras for being exorcised from Regan's body. Pazuzu discovers the soul of an executed serial killer known as the The Gemini Killer, and he transfers it into Karras' broken body thus contributing to the Gemini Killer's chaotic killing spree.

The novel makes no mention of Pazuzu soon after he succeeded in transferring the Gemini's consciousness within Karras, But plays an active role in the film adaptation of Legion titled The Exorcist III, where he again possesses Damien Karras after The Gemini lost control in possesseing the old woman dressed as a nurse, and failed to murder Kinderman and his family by the arrival of Father Morning in an attempt to perform an exorcism on the patient.

Pazuzu severely wounded and mutilated Morning in response for interrupting the Gemini's killing spree, and Kinderman arrives in time to euthanise Karras after finding the body of the priest, only to be hurled into the wall and later in the ceiling by the possessed Karras. Pazuzu along with the Gemini, was dispersed once more after Morning manages to bring Karras back to his senses and briefly regains control of his free will to receive a mercy kill from Kinderman to free him from the demons' control.

Pazuzu returns in the television series being revealed to have taken on the persona of the Salesman. In the series, he takes possession of Regan's daughter Casey Rance, giving her horrific nightmares. He also murders Katherine's girlfriend by placing her in a car accident among other misdeeds. When he repossesses Regan, Regan receives some willpower to physically beat Pazuzu to a bloody pulp before leaving him to presumably die.

It is also revealed that he had raped Regan when she was 12. 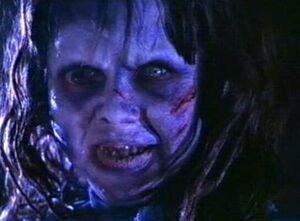 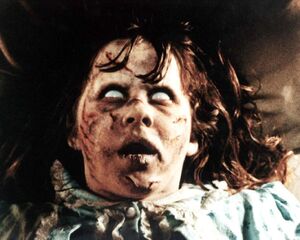 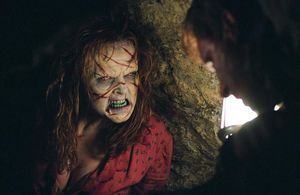 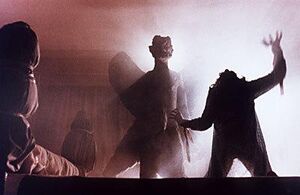 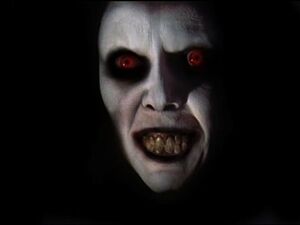 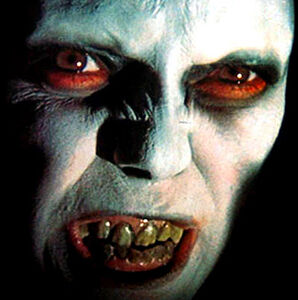 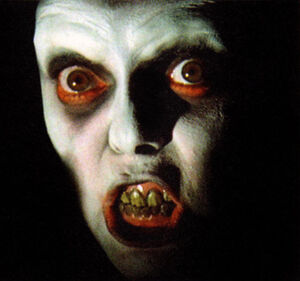 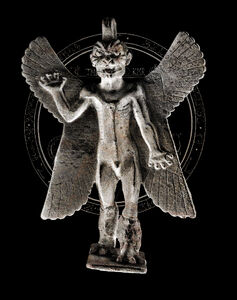 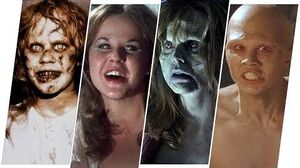 The Exorcist Evolution
Add a photo to this gallery

Retrieved from "https://villains.fandom.com/wiki/Pazuzu_(The_Exorcist)?oldid=3965349"
Community content is available under CC-BY-SA unless otherwise noted.