The Twelfth Colossus, nicknamed Pelagia, is a major antagonist from the video game Shadow of the Colossus. It is the twelfth boss encountered in the game and a vessel for the essence of Dormin.

Pelagia and the other fifteen Colossi were created by Lord Emon to contain the fragmented essence of the defeated evil Dormin. He set them all to wander the Forbidden Lands, destroying anyone that comes their way, so that Dormin could never be resurrected.

Pelagia is the twelfth colossus that he encounters, emerging from underneath the waters of a cliffside lake to the northeast. It will immediately attack Wander, shooting electrical energy projectiles from the tusks on either side of its head. Wander must hide below the surface of the water and either make his way over to one of the small ruined structures on the lake and hide, causing Pelagia to search for him, or sneak around to the colossus' back. Wander must climb up to Pelagia's head, where he will encounter a series of bone-like stones. By hitting them, he can steer the colossus. Wander must steer Pelagia to one of the structures and jump up on top of it. Once there, Pelagia will jump up to search for Wander; it is then that Wander must jump to its now exposed chest and stab its sigil. If the colossus does not die, it will retreat to the water and smash the structure, forcing Wander to repeat the process. After the sigil is stabbed enough times, Pelagia will collapse into the lake and die, releasing the fragmented essence of Dormin contained within its body.

Pelagia's corpse can be seen as the credits roll. 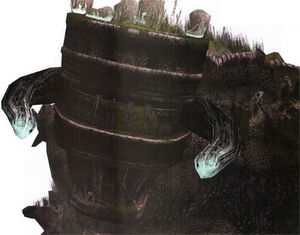 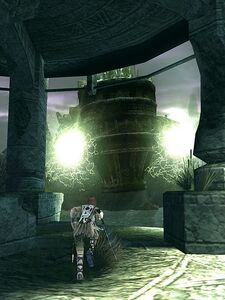 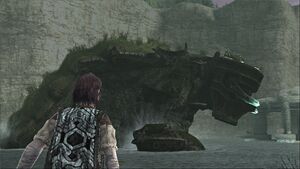 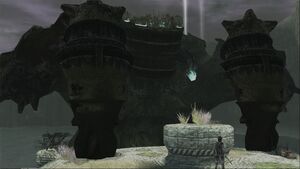 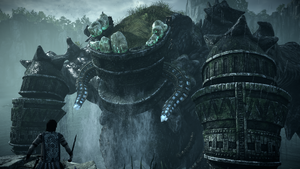 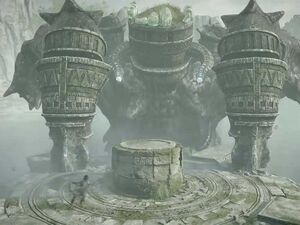 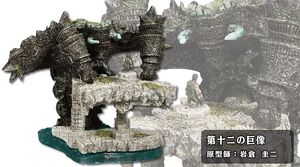 The limited-edition figurine of Pelagia released exclusively in Japan. 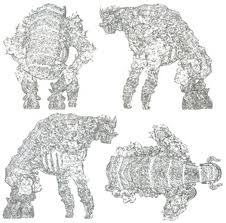 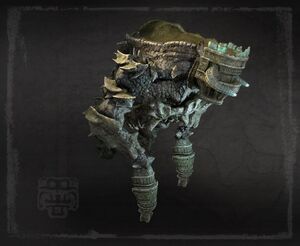 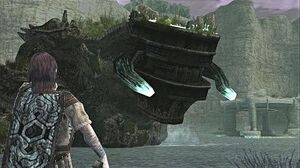 Retrieved from "https://villains.fandom.com/wiki/Pelagia?oldid=3768919"
Community content is available under CC-BY-SA unless otherwise noted.