Scooping Things up in Their Mouths

One-Shot Animals
The Pelicans are a trio of evil pelicans that appeared in the Teen Titans Go! episode, "Books". They came from an educational nature book on pelicans and were brought to life by Starfire, reading from Raven's Necronomicon.

In "Books", Starfire read a nature book about pelicans and loved every page of it. However, when she was done reading the book, she immediately became extremely bored because she no longer had anything left to read. This happened at the same time all of the other Titans (except Raven) finished their respective books. The Titans all looked for other books to read and found Raven's Necronomicon. They read a spell from the Necronomicon and brought the characters from their books to life as villains. The characters from Starfire's book was a trio of evil pelicans. The characters from the other books were Benjamin Franklin, The Invisible Man, and Pinicchio.

Starfire was swarmed by the pelicans as they all attacked her and when Raven found out about what they did she had to save them. Raven told them that the only way for the Titans to defeat their enemies was to provide a boring analysis of the books they read. Starfire voiced her uninteresting opinions on the book about pelicans, giving some thoughtful negative criticism on some of the elements of the book, which she seemed to be unimportant. This caused the pelicans to magically get sucked back into their book. 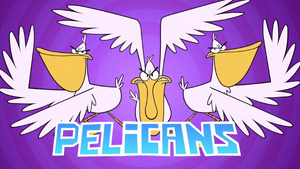 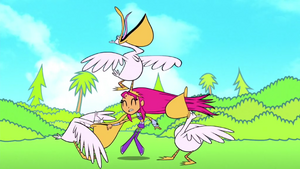 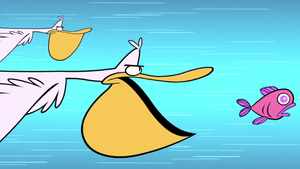