To help and serve Gekko Moriah

Arrogant Villain
Perona is the former Wild Zombies and Surprise Zombies Commander of Thriller Bark before the collapse of Gekko Moriah's zombie army. She is able to produce ghosts from her body through the powers of the Horo Horo no Mi. She was one of the major antagonists of the Thriller Bark Arc, being one of the Mysterious Four, but has since begrudgingly cooperated with Roronoa Zoro.

She was voiced by Kumiko Nishihara in the Japanese version, and Felicia Angelle in the FUNimation English dubbed version.

Perona is an immature individual who likes to be in control of the zombies on Thriller Bark. She adores cute creatures like Kumashi. Although she likes his appearance, she cannot stand his deep voice. Perona is arrogant when she confronted the Straw Hats. She feels she is very strong like when she fights Usopp thinking that she was invincible. However, she has a great fear of cockroaches which caused her pass out from fear. Like Absalom and Hogback, Perona is greatly devoted to her master Gekko Moriah. When she was banished from Thriller Bark by Bartholomew Kuma and ended up at the island where Dracule Mihawk resides, she seems to be worried about Moriah and the others.

When she encountered Roronoa Zoro on another island, she was surprised to see him but since he was the only other person on the island she brought him to the castle and tended to his wounds. During the two year time skip, she had developed a friendly relationship between Zoro and Mihawk who she still lives with even after going back to Thriller Bark for Kumashi.

Perona has the Horo Horo no Mi which allows her to become a ghost. She can go through solid objects, fly, create projections of any size and summon specters to spy for her and go into her enemies' bodies. When the specters come into contact with an enemy, it makes them have negative emotions and become doubtful. 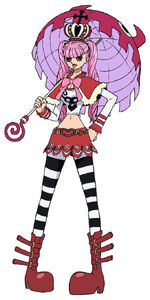 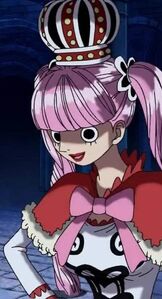 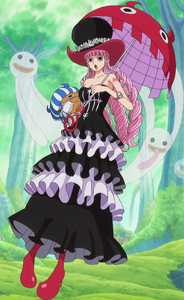 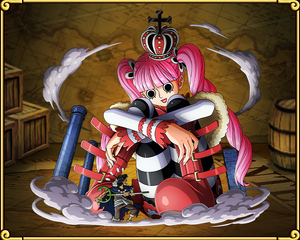 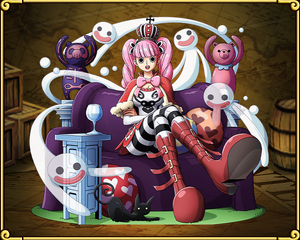 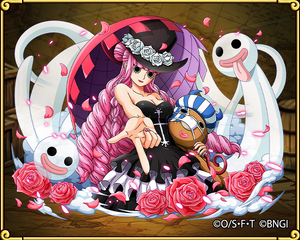 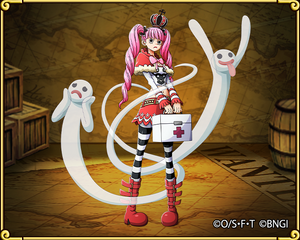 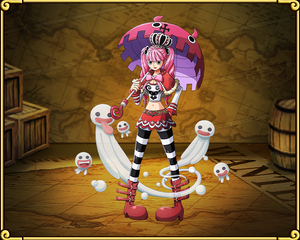 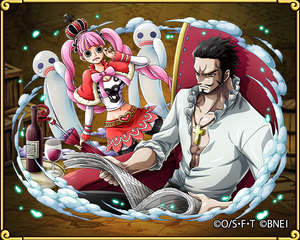 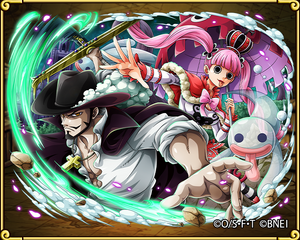 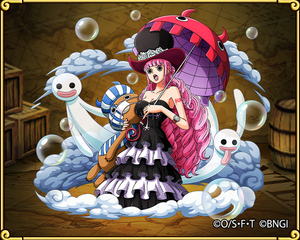 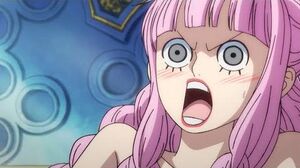 Retrieved from "https://villains.fandom.com/wiki/Perona?oldid=4140183"
Community content is available under CC-BY-SA unless otherwise noted.