Singing and praising their bosses

Prevent Elmo from taking Huxley's blanket which was originally Elmo's.

The Pesties are supporting antagonists in The Adventures of Elmo in Grouchland. They are one of Huxley's former henchmen as well as Bill who has later agreed with the heroes to give back Elmo's blanket.

According to the press kit, their names are M'Lady, Tanya, Lyle, Little Ricky, Howard, and Sidney, but while the last three are named in the film the red, orange, and blue ones specifically, the other blue one is referred to as Charlie. The colors for the remaining characters are lavender and tan.

Three of the pesties appeared in the sing-along video The Adventures of Elmo in Grouchland: Sing and Play. They later made a cameo in Sesame Street 4-D Movie Magic as part of Oscar's polluted vision of Sesame Street, where they scurry through people's legs in the theater. In season 42, (episode 4260), they appear alongside Jason Jones on the program Grouchology. After years of absence, the pesties return on The Furchester Hotel episode "Power Cut".

The Pesties are servants to Huxley. They sing chorus for Huxley during the song "Make It Mine" claiming that it is such an honor to work for Huxley and be in his Huxley's collection. However, near the end of the film when Oscar the Grouch manages to rally up all of Grouchland to rebel against Huxley and demand their stuff back, the Pesties find they are outnumbered and outsized by the Grouches. One pestie says that "Huxley doesn't pay me enough for this!" then another pestie reminds him Huxley doesn't pay them at all. Fearing the wrath of the angry mob, the Pesties either ran away or surrendered and were thrown in jail. 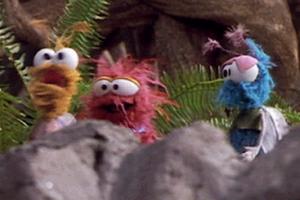 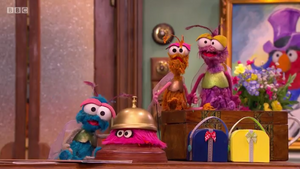 Retrieved from "https://villains.fandom.com/wiki/Pesties?oldid=3202670"
Community content is available under CC-BY-SA unless otherwise noted.