Peter is the main protagonist of the nursery rhyme "Peter Peter Pumpkin Eater." This nursery rhyme is considered to be a classic among children and is most commonly found in Mother Goose books. However, this nursery rhyme in question is actually centuries of years old, and its real meaning is frequently disputed. The following are the most common interpretations of this classic nursery rhyme.

There was a toyline that was known as McFarlane's Twisted Fairy Tales, and it involved taking several well-known fairy tales and then proceeding to make them as dark as humanly possible. Peter was depicted as a cannibalistic serial killer who would store his victims' body parts in a hollow pumpkin. 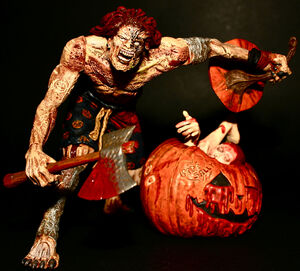 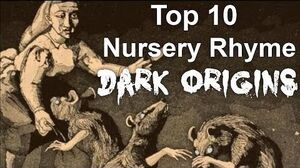 Top 10 Nursery Rhyme Dark Origins
Add a photo to this gallery
Retrieved from "https://villains.fandom.com/wiki/Peter_(Peter_Peter_Pumpkin_Eater)?oldid=3669785"
Community content is available under CC-BY-SA unless otherwise noted.