Seeking vengeance on those who had ruined his life.

Regain his Alpha status.
Gain more power for himself.

Peter was apparently a level-headed member of the Hale family. His nephew Derek, was seduced by Kate Argent, who led the werewolf hunters to the Hale house and burned to the ground killing members of the family. Peter survived but was severally injured. He was in a coma for years before he awoken. Apparently, the fire damaged his mind and body and gave him a thirst for vengeance. He was so determined he killed his niece Laura, who was an Alpha werewolf, to steal her alpha powers.

Half of Laura's body was found and sparked the curiosity of Scott McCall and Stiles Stilinski. While looking for the other half, Scott is attacked by Peter in his wolf form. Once he realizes he's a werewolf, Scott and Stiles team up with Derek to find out the truth. Over the season, Peter killed the hunters involved with his families murder and menaced Scott, Derek and Stiles, while his human form faked being in a coma. He even tried to get Scott to kill his friends. Eventually his secret is revealed and Peter began stalking Scott and his friends even in human form, he even manipulates Derek to his own ends. At one point he even tries to turn Scott's mother into a werewolf, but that plan is foiled. On the night of the winter formal, Peter attacks Lydia Martin, one of Scott's female friends. The resulting panic cuts the dance short. Peter meets up with Stiles and demands offers to turn him into a werewolf, but he refuses, even when Peter tries to use his crush on Lydia against him. Later that night, at the remains of the Hale house, Scott is cornered by the Kate Argent and her niece Allison, Scott's love interest. This is not before Scott reveals the truth about Laura's death to Derek. Peter suddenly attacks and kills Kate Argent in front of Allison. In the fight that follows, Scott, Allison, Derek, Stiles, and their acquaintance Jackson manage to subdue Peter, and Derek slashes his throat, killing his uncle and becoming the new alpha.

Throughout most of season two, Peter appeared to Lydia as a hallucination as a result of her immunity to lycanthropy. This was an elaborate plot that leads to his resurrection, but he is still physically weak. Peter witnesses Gerard Argent become the master of the new monster in town, the Kanima. Peter goes to Derek, revealing he knows how to stop the Kanima and hence Gerard. The plan was to get Lydia to reach to the Kanima (Jackson's) heart. Once Gerard is defeated, Lydia reaches through to Jackson and he is struck down by both Derek and Peter. Jackson survives and transforms into a werewolf. The next morning, Peter announces the arrival of a pack consisting entirely of Alpha werewolves.

The Darach and the Nogitsune

Peter proves to be a helpful ally when battling the Alpha Pack, led by Deucalion, even when the serial killer the Darach is loose in Beacon Hills. It turns out the Alpha Pack is looking for Scott, as he is a true alpha - an alpha werewolf who gains his powers, not through murder and conquest, but strength of character and force of will. Peter also tells of Derek's past girlfriend Paige, and that story was connected to the origins of the Alpha pack. When Scott gains his Alpha powers and manages to defeat the Darach. As the wounded Darach flees but encounters Peter, who claims he will always be the Alpha and slashes her throat. His plans to usurp Scott hasn't come through yet as Stiles was possessed by an evil spirit known as the Nogitsune. By coincidence, Stiles also was in a romantic relationship with Malia Tate, who is later discovered to be Peter's biological daughter. Soon the Nogitsune is defeated, but not before Alison is killed, and Malia doesn't learn of her connection to Peter. At the end of the season, Derek is abducted by Kate Argent, who has not only revealed to have survived Peter's attack but become a were-jaguar.

The fourth season initially starts with a battle with Kate Argent and her new minions, the Berserkers. Kate planned on going into the Hale family vault to find a way to control her transformations. Peter and Kate confront each other and are about to fight when smoke bombs suddenly go out and several men in suits enter the vault and steal millions of dollars from the vault. The next threat of the season is the Benefactor who has a deadpool list of every supernatural creature in Beacon Hills. The one behind the deadpool is a mentally disturbed banshee named Meredith Walker, but in an interesting twist - it is revealed that Meredith was hospitalized at one point and paced in the same room with a comatose Peter, and being a clairvoyant, heard Peter's vengeful thoughts,. It's revealed that the deadpool was technically Peter's idea, so as to wipe out the supernatural community of Beacon Hills, and start anew (even if he didn't remember it at the time), and Meredith only acted on the idea, because she heard Lydia's cry over Allison's death and felt her grief, deciding it was time to start over. Meanwhile, Malia learns that Peter is her father and he takes her under his wing, offering to reveal the truth about her mother. The deadpool is eventually shut down and the assassins are stopped. On the other hand, Peter has also teamed up with Kate, both out for two personal interests; Kate blames Scott and his friends for Alison's death, and Peter wants to kill Scott and retake his Alpha position (although Peter still plans on betraying Kate). When Chris Argent finds out about their plans, Peter stabs Chris with a pipe and leaves him to die. In the season finale, Kate kidnaps Scott to a church in Mexico, where she created the Berserkers. Kate turns Scott into a Berserker in order to trick his friends into killing him, or he kills them himself. Peter, and Scott's allies head to that church and a fight with Kate and her minions ensues. Scott manages to overpower the Berserker curse and breaks free. Scott exposes Peter and his true intentions, and Peter confirms it stating his belief that he is the rightful Alpha and has only been usurped by a teenager. Peter transforms and he and Scott begin to fight, Peter stating that the only way Scott can win is if he kills him. Despite this Scott manages to subdue Peter and knock him unconscious. When he is last seen, Peter is being put in a wing in an insane asylum reserved for the supernatural, after being sedated by wolf's bane.

He resided at Eichen House in a special ward for supernatural threats until Scott and his pack rescue Lydia from Eichen House where he seized the to escape. Later, he is taken by the Ghost Riders and was missing for three months. He and Stiles find each other and reluctantly helped each other to find a way out. After escaping the Wild Hunt, Peter is left badly injured in the woods. His roar can be heard throughout Beacon Hills. It's not long before Malia and Scott find him. Hoping to make it easier on Peter, they take away some of his pain. Peter wants Malia to leave town with him. She refuses to do so without Stiles, he says her loyalty is overrated. Then telling Malia to run as he'll hold off the approaching Ghost Riders. Peter arrives at the bunker just in time to stop the Ghost Riders from killing Malia and Scott. He holds the Riders off long enough for them to get away, but he is shot and erased in the process. He is snapped out his blank state by Malia and he helps her and eventually, Scott fends off the Nazi hybrid Garrett Douglas and the Ghost Riders. 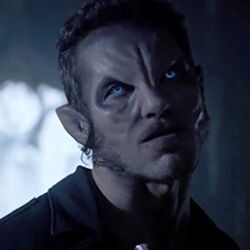 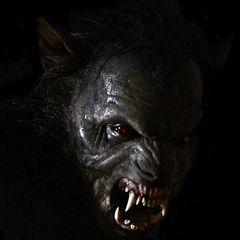 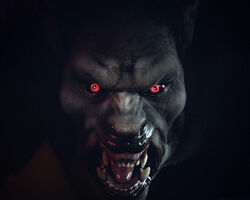 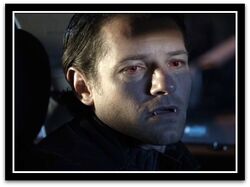 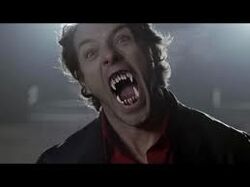 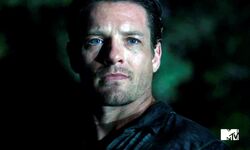