Drugging his victims into hallucinating a monstrous entity known as "Mr. Scratch" in order to get them to kill their loved ones (formerly).

Drugging his victims and making them assume new identities.

Kill the former children of the foster home.

Kill Susannah Regan for indirectly causing his father's death.
Escape from prison to continue his "experiments" (all succeeded).
Locate former SSA Aaron Hotchner in order to kill him and learn what it would be like for his son to grow up without his father just as he had to (failed).

Peter Lewis, also known as "Mr. Scratch", is one of the two main antagonists of the CBS TV series Criminal Minds (along with The Reaper). He is a recurring serial killer by proxy, hacker, and stalker.

He is portrayed by Bodhi Elfman.

Peter was born in Jacksonville, Florida on January 28, 1980. He was very intelligent and a genius in math. Peter's parents ran a home that took in kids waiting to find a foster family. During the 80's and the early 90's, at the height of the daycare sex abuse panic, a few of the foster children falsely accused Peter's father had dressed them up as the Devil and sexually abused them. Soon after this the police imprisoned Peter's father for child molestation; Peter himself was manipulated into testifying against him. Peter's father was killed in prison when Peter was thirteen.

Peter went on to attend Harvard, taking the highest classes of math. After this he was hired by the NSA. In 1992, Dr. Susannah Regan, the psychiatrist who spearheaded the investigation that sent Peter's father to prison, was discredited, and had to go into witness protection because she was getting death threats. Peter then began to seek revenge against Regan and the now-grown children who accused his father.

Peter takes his revenge by dosing his victims with a fear-inducing hallucinogen that makes them believe they are being attacked by a monstrous creature called "Mr. Scratch"; the drug also makes them extremely suggestible. He then orders them to kill a loved one to inflict on them the pain of losing a family member. The victims are then imprisoned for murder, their lives destroyed, even though they have no memory of what they did.

After Peter commits three such attacks, the BAU are brought on to the investigation. Peter targets another former foster child and tries to force him to kill his son, but the man's parental instinct overpowers Peter's commands, and he kills himself in order to spare his son. Peter hacks into the witness protection database to find Regan, causing a blackout. After the BAU find out he works for the NSA, Special Supervisory Agent Aaron Hotchner speaks to a NSA employee, finds out Peter's identity and deduces that Regan will be the next victim.

When Hotchner gets to Regan's house, Peter forces her to kill herself right in front of him, then drugs him. Peter then tries to get in Hotchner's head, making him hallucinate that Peter is killing his BAU colleagues. Hotchner then shoots at Peter, causing him to run and hide in the attic. When found, Peter surrenders, satisfied that he got in Hotchner's head.

Later Hotchner is arrested for conspiracy. Peter testifies against Hotchner through a recording, here he states that when he drugged him that Hotchner was laughing at his team members getting killed when hallucinating and that Peter was scared of him. After the cased is closed it is revealed that Peter was actually plotting a mass prison escape which released 13 serial killers, including himself.

With Peter now on the run he targets people with DID (Dissociative Identity Disorder). Peter kidnaps one such person, a serial killer named Daniel Cullen. He then goes to Arizona and found a patient named Brian Phillips. He brainwashes Brian into believing he is the "Crimson King" and makes him carve "BAU" into his stomach. He then makes him commit several crimes and steals a page of DID patients around the country. Peter then invites him into a house and tells him he has to go then shows Brian the real "Crimson King". Peter is then seen later finding his next victim.

After Arizona Peter began stalking Hotchner's son Jack, provoking Hotchner to go into witness protection with his son and leaving the BAU.

Later Peter kidnaps a DID patient and BAU member Tara Lewis' brother, Gabriel. Peter makes the DID patient believe that he is Gabriel while he keeps the real Gabriel in a warehouse. While investigating the BAU find a tape of Gabriel yelling "Luke". Peter is then seen wearing a gas mask saying "Luke can't help you now". When the BAU arrive at the booby trapped warehouse, Gabriel is alive, but Peter is long gone.

Peter is then the main suspect in framing BAU Agent Spencer Reid for murder. He is spotted in Honduras. Peter is mentioned many times during this case.

Peter then returns by texting Agent Derek Morgan posing as BAU Technical Specialist Penelope Garcia using her cloned phone number. Morgan was suspicious of this and informs the BAU. Garcia then traces the text and the team head to the location. When they are heading there Peter disables their SUVs with spikes and then he or a proxy ram into them with a semi-truck. After the crash, everyone except Stephen Walker lives. Peter drugged Special Supervisory Agent Emily Prentiss before kidnapping her and trying to get her to tell him where Hotchner is. After being tortured by hallucinations she breaks free and the team arrives. Reid and Peter exchange gunfire before Agent Luke Alvez gives chase. After another gunfight, a platform Peter is standing on breaks, causing him to fall. Hanging from the ledge, he asks for help, but loses his grip and falls to his death.

Peter is the mentioned many times and appears in flashbacks for the rest of the series.

Peter brainwashes people to kill instead of actually killing them himself. He does this by drugging them with a mixture of powerful dissociative agents. He targeted the people that caused his father's imprisonment but after this he usually targeted people with DID. When his victims are drugged they would hallucinate a "Monster" called "Mr. Scratch".

Peter is cunning, ruthless, and very manipulative. The traumatic loss of his father, and his unacknowledged guilt for testifying against him, bred in Peter a violent, insatiable need for revenge against the people who destroyed his family. To that end, he brainwashes them into killing those they love most. 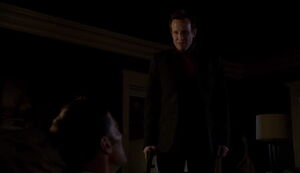 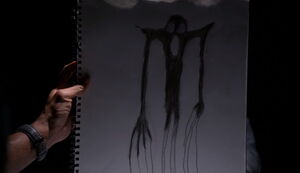 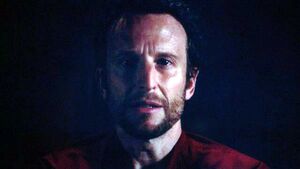 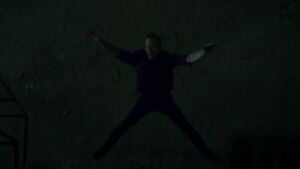