Petr Beaupre is the main antagonist of the 1997 family comedy film Home Alone 3. He is the leader of the gang of internationally wanted criminals, the other three being are Alice Ribbons (the sole female), Burton Jernigan, and Earl Unger and Alex's archenemy.

He was portrayed by Olek Krupa, who also played Sergei Ivanovich Petrofsky in Eraser and Alexander Strizhov in Law & Order: Special Victims Unit.

Not much is known of Beaupre but he is identified as a high-profile criminal who is wanted by FBI and has managed to elude law enforcement for seven years. He also acts as an associate of the North Korean government, working under one of its high-ranking officials, who is disguised as a Hong Kong-based South Korean businessman.

On one occasion, the high-ranking official makes a mission to claim a $10 million microchip that cloaks missiles and makes them undetectable, selecting Beaupre as one of his participants. Beaupre then returns to San Francisco and recruits three associates, Alice Ribbons, Burton Jernigan and Earl Unger, to assist him with this mission. After he retrieves the chip from a client, the two parties split up to reach their flights on time.

However at the airport, a passenger requiring extra security screening results a luggage mix-up, causing an elderly woman named Mrs. Hess, who is carrying loaves of sourdough bread in a similar bag, to mistake Beaupre's bag for her own. A failed search of nearby gates and lounges makes Beaupre determine that the chip must be on a plane that begins boarding, and they decide to head to Chicago.

When they discover the car in the possession of Mrs. Hess, they try to pursue her but fail to do so. He and Alice then purchase a house in the neighborhood where Mrs. Hess and Alex live. In the following days, Beaupre searches for the toy car with the computer chip in the houses while the three associates keep a lookout but is foiled by Alex when he telephones the police. When the robbers find out that Alex has the toycar and the chip and go after them he steps into several traps.

Beaupre finally outsmarts Alex by hiding in the neighbour Mrs Hess's garage and captures him when he comes to release her and threatens him at gunpoint to hand over the chip, but Alex reminds him that he has the wrong gun, which is proven correct when Beaupre pulls the trigger releasing the suction dart. By the time Beaupre realizes his mistake, Alex holds him at gunpoint with a bubble gun disguised as real gun and succeeds in scaring him off with it.

When the authorities arrive to arrest the criminals, FBI Agent Stuckey shows Alex the picture of Beaupre and states that he has been after him for awhile. He is eventually arrested when fireworks are detonated in the ice fortress by the family parrot.

In the final scene, Beaupre and his accomplices are getting their mugshots taken where they have caught Alex's chickenpox. 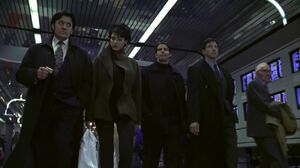 Petr Beaupre and his group of thieves arrives at San Francisco International Airport. 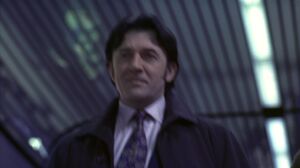 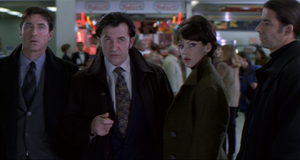 Petr plans with his group of thieves to go to Chicago. 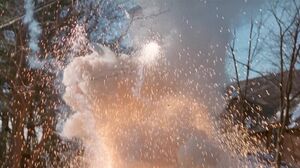 Petr gets caught in the firework explosion. 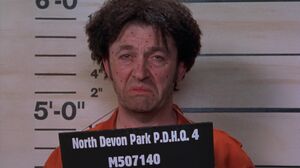