Eating potatoes.
Searching for a spell that makes potatoes peel themselves.

Keep Kasperl and Amaryllis his prisoners.

Petrosilius Zwackelmann is (together with the titular robber) the second main antagonist in the 1962 German children's book Der Räuber Hotzenplotz by the late Ottfried Preußler.

After the brigand Hotzenplotz stole the coffee mill of Kasperl's grandmother as it can play music, Kasperl and his friend Seppel follow him to his cave and are captured. However, as they decided to disguise themselves by switching their hats, Hotzenplotz mistakes Kasperl for Seppel and vice versa. He decides to keep "Kasperl" and sell "Seppel" to his old friend, the evil wizard Petrosilius Zwackelmann,who is obssessed with his favourite food, potatoes. As he is unable to peel them by magic, he needs a servant to do that for him. However, he needs a stupid one as a smart servant would find out about all his secrets. Thus, Hotzenplotz sells "Seppel" to Zwackelmann.

Zwackelmann forces Kasperl to peel and cook potatoes for him. Kasperl tries to act as stupid as possible to enrage the wizard so he would kick him out, however Zwackelmann always manages to calm himself down. At night, Kasperl tries to escape, but realizes that the wizard has put a spell on the castle so he can't leave. Zwackelmann notices this and shoots lightnigs at Kasperl, laughing as he runs back into his room.

One day, Zwackelmann flies away the castle to meet a fellow wizard by riding his cloak. In his absence, Kasperl decides to explore the castle and comes to a cellar where he hears a crying sound from. After passing three doors, each one saying that going forward is forbidden, he comes to an underground pool where he sees a toad. The toad reveals to him that she is actually the fairy Amaryllis who was turned into a toad and trapped by the wizard. She asks him to fetch the fairy herb from outside the castle to lift her from the spell, and also tells him that by leaving a part of his clothing in the castle, he can leave the castle. Kasperl chooses to leave Seppel's hat as it's not even his hat and leaves.

When Zwackelmann returns, he quickly notices that Kasperl has left. Angrily, he decides to use a spell to summon him back, but he rquires a personnal belonging, so he takes the hat. However, as the hat does not belong to Kasperl, the real Seppel is summoned, who reveals their trick with the switched hats to Zwackelmann. The evil wizard demands Kasperl's real hat, but Seppel tells him that Hotzenplotz burned it for fun. Furious at his friend's stupidity, Zwackelmann uses his boot that Seppel had in his hand to summon him. Zwackelmann tells Hotzenplotz that he got tricked and sold him the wrong person and burned the only thing he could have used to get him back. When he calls him a "Gimpel" (in German, it's an old word meaning both idiot and bullfinch), he decides to make that statement literally and turns him into a bird which he puts in a cage. He then leaves Hotzenplotz and Seppel in his castle and flies away to find Kasperl. However, he cannot find him as the fairy herb turns him invisible.

Kasperl rushes into the cellar and touches Amaryllis with the herb, giving her her human form back. Zwackelmann arrives and is horrified at his old enemy having returned to her normal form, the shock making him loose his wand. Amaryllis kicks it, causing it to fall down to the pool. Trying to reach it, the wizard falls down the stairs into the pool and dies. Together, Amaryllis, Kasperl and Seppel leave the castle. Before departing, the fairy leaves them three wishes. Kasperl uses the first wish to summon the stolen coffee mill, the second one for a new hat and the last one to turn the bird back into Hotzenplotz in front of the grandmother and the policeman, who arrests Hotzenplotz.

Petrosilius Zwackelmann's most significant personality trait is his obsession with potatoes, eating almost nothing else. Because of this obsession, he is angry about being unable to make them peel themselves.

He also has a very bad temper, as he is easily enraged when Kasperl tries to pretend to be so stupid that he would kick him out. However, he is apperantly also able to calm down as easily, as he refuses to send him away. He later displays another sign of his short temper when he gets angry at Hotzenplotz for burning Kasperl's hat, going so far as turning his old friend into a bird and trapping him in a cage.

He is also shown to be sadistic and violent when shooting bolts at Kasperl when he tries to escape.

In this German movie adaptation, he was portrayed by the late Josef Meinrad. As the movie is sticking closely to the source material, there are barely any changes made, the only ones are that while he is looking for Kasperl, he summons demons to do that for him instead, and most of his spells are done by snapping his fingers instead of using a wand.

In one song of the narrating chorus, it's implied that Zwackelmann is actually not completely human, as the chorus tells the audience that a Zwackelmann never falls in love, and instead creates an inheritor via magic, which means that Petrosilius is actually a creation of his predecessor.

Zwackelmann appears in the remake from 2006, which is actually consisting of the first two books instead of just the first one. In tis version, he was portrayed by Rufus Beck.

Unlike the original movie, the remake is rather loosely based on the source material, giving Zwackelmann a new appearance or showing him having a flying hand as an assistant. In this movie, Zwackelmann appears very early on screen when Hotzenplotz tries to sell him the coffee mill, but the wizard declines, telling him that he does not need a coffee mill, but a stupid servant. This movie also features more comedic elements than the original one, as when the wizard tries to turn Hotzenplotz into a bird, he accidentally turns him into a firefly at first and has to correct himself. He also meets another ending as, unlike the first movie or the book, he does not die at the end, instead Amaryllis shrinks him and his castle and takes him with her. 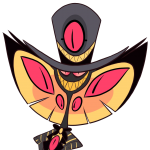