The Legends of Treasure Island

Searching for a magical artifact

Find the magical staff (which is lying among Flint's treasure) and take it (failed).

Pew is one of the two main antagonists (the other is Long John Silver) of the 1993 animated series The Legends of Treasure Island, which is loosely based on the 1883 book Treasure Island by the late Robert Louis Stevenson. He was based on the character of the same name from the book.

He was voiced by Rob Rackstraw.

In the original book, Pew was simply a blind former pirate who hands Billy Bones the Black Spot and ends up trampled to death by horses before the journey even begins. In the series, he has turned into a sinister villain with magical powers. Pew is blind, but do not underestimate him: he still has perfect hearing and sense of smell. Over his long life, the sorcerer accumulated much knowledge of lore, dark creatures, and magic. Also, Pew collect spells and magic items to increase his power.

Pew's spells terrify the protagonists and allies: even Long John Silver is afraid of him and tried to get rid of his terrible boss. Pew loves to manipulate other characters into doing his bidding, masking his intentions behind layers of deception.

Pew was shown to be without pity and mercy and in the end he actually killed one of the protagonists.

Based on Blind Pew from the original novel, he is a giant blue anthropomorphic rat with glowing gold eyes that he cannot see with. Pew's look reflect the wickedness and darkness in his heart: he has got twisted back, long, skinny fingers are tipped by claws, long fat tail, raspy voice. In both seasons, he wore a red robe-looking outfit with the hood on his head, covering his (as the episode Double Cross shows) pointy wolf-like ears. In the beginning, he appeared to be a simple pirate with the desire of finding Flint's treasure but as the story went on he was showed to be more like of an evil sorcerer, conjuring evil spells and creating monsters to fight the protagonist.

Arrogant to a fault, Pew believes himself to be the most cunning of creatures, and he treats all others as inferior. In the second season, Pew is open to dealing with other characters (for example, Long John Silver) as long as those show the proper respect and deference. A bargain between Pew and other characters is always dangerous for the other side of deal.

Also, in the end, his true nature and goals became even more and more obscure: he revealed to have no interest for jewel or gold of the treasure (he actually defined them "mortal baubles") and his real interest was a particular artifact present in the treasure.

In season 1, Pew was washed away by the wave from the deck of the ship and drowned, but in season 2 he arose from his watery grave.

Once he was able to grab the artifact he seemed to become invulnerable to anything (and it is somewhat implied that he regained his sight during this); in the end, he was apparently defeated when Jane tosses the staff at his head, but even his disappearance was obscure: his body vanished in a cloud of purple smoke while his clothes remained intact (before it and the staff vanish in a flash of light). So, in the end, anyone was actually wondering if he was really gone. 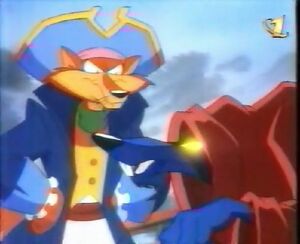 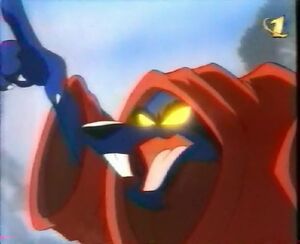 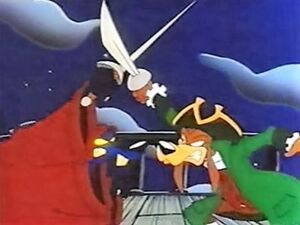 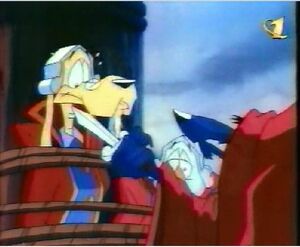 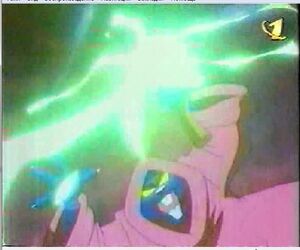 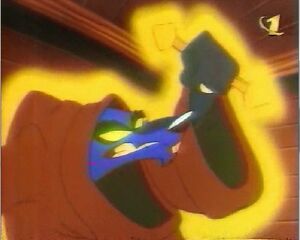 Pew with the staff. 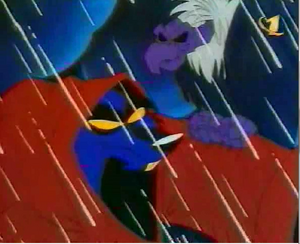 Pew with his vulture. 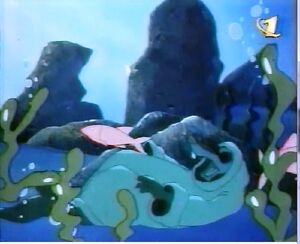 Pew's dead body lying on bottom of the sea. 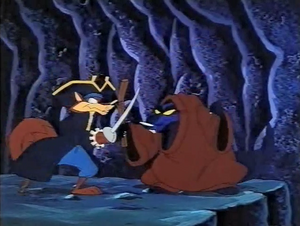 Pew vs Long John Silver.
Add a photo to this gallery
Retrieved from "https://villains.fandom.com/wiki/Pew_the_Rat?oldid=3551502"
Community content is available under CC-BY-SA unless otherwise noted.