The Forth Colossus, nicknamed Phaedra, is a major antagonist from the video game Shadow of the Colossus. It is the fourth boss encountered in the game and a vessel for the essence of Dormin.

Phaedra and the other fifteen Colossi were created by Lord Emon to contain the fragmented essence of the defeated evil Dormin. He set them all to wander the Forbidden Lands, destroying anyone who comes their way, so that Dormin could never be resurrected.

Phaedra is the fourth colossus that he encounters, sitting a secluded, hilly area in the cliffs to the east. When it sees Wander, it will rise and begin to chase after him. Wander must escape within the stone tombs buried within the hills, where Phaedra will begin searching. If provoked, Phaedra will lean down to peer inside of the tombs. This gives Wander the opportunity to either run around behind it and climb its back, or jump onto the dangling columns on either side of its face and climb up. If on its back, Wander will stab a small weak point on its neck to get it to lower its head, where Wander can reach its sigil. Once Wander gets to Phaedra's weak point on its head (two more on the sides of its neck if in Hard Mode), he must stab it enough times until the giant dies, collapsing to the ground and releasing the fragmented essence of Dormin contained within its body.

Phaedra's corpse can be seen as the credits roll. 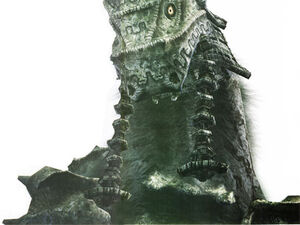 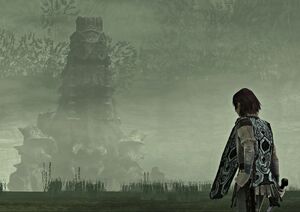 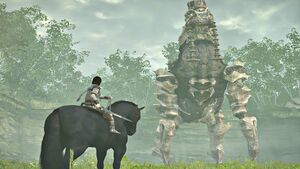 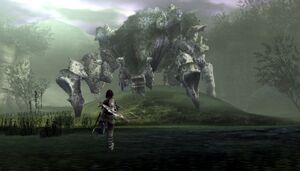 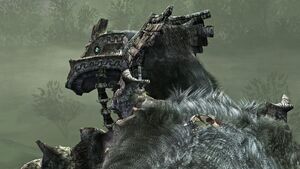 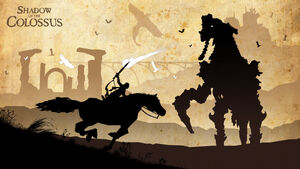 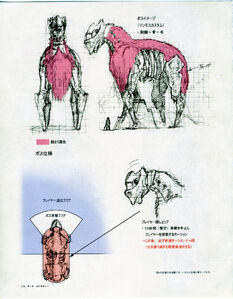 Concept art of Phaedra from the official artbook. 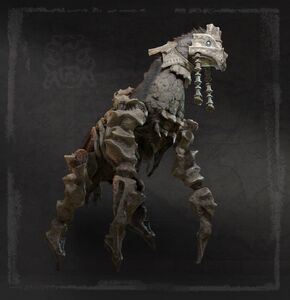 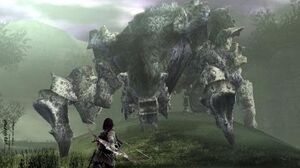 Retrieved from "https://villains.fandom.com/wiki/Phaedra?oldid=3818927"
Community content is available under CC-BY-SA unless otherwise noted.