Ruler of the Ghoul Realm (formerly)

Become the supreme ruler of the Ghoul Realm (succeeded, later failed)
Gain the Crest of Infinity and attain godhood
Kill Firebrand (Both failed)

He was the arch-enemy of Firebrand and he sought to become a Supreme Power by using the power of Heaven and later Infinity to obtain cosmic transformations. Like many villains he, was very proud of his evil-ways and was obsessed with power.

In battle Phalanx flies back and forth, forming plasma balls that bounce until they hit the spikes. Sometimes he will fly low and fast, trying to either cut Firebrand with his razor wings, or to shoot a charged plasma ball right in Firebrand's face. Due to not having the Crest of Fire, he is weak against DemonFire.

After obtaining the power of Heaven Phalanx gains a more "divine" form, albeit tainted by demon heritage. He attacks pretty much as before but also has the ability to flood the area with water, which can be deadly for Firebrand unless he switches into his aquatic form.

In this form, Phalanx shoots large bolts in Firebrand's direction quite often, destroying any rocks flying in their path. He also constantly produced small energy balls that chased Firebrand until destroyed. He didn't have any temporal invincibility when he took damage, but his hands were sufficient to block Firebrand's attacks, only neglecting defense to shoot a huge laser breath, due to his great power the Ultimate Phalanx is only really weak against the Legendary Gargoyle (Firebrand's ultimate transformation). 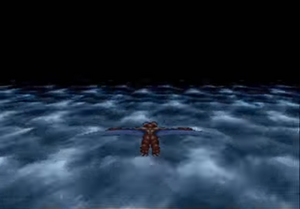 Phalanx flying during the opening sequence. 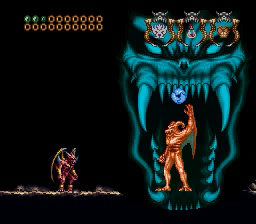 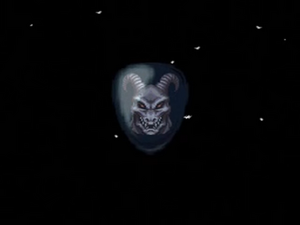 Phalanx sealed in the Crest of Heaven in the Normal ending.

Phalanx with all the crests. 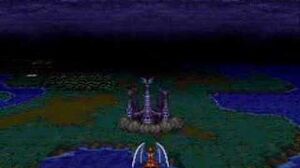 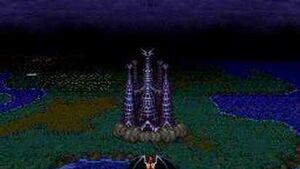 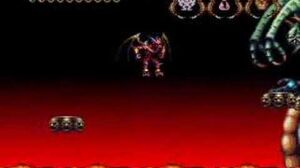 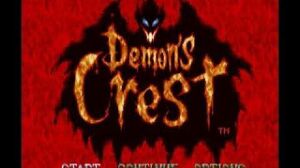