The Thirteenth Colossus, nicknamed Phalanx, is a major antagonist from the video game Shadow of the Colossus. It is the thirteenth boss encountered in the game and a vessel for the essence of Dormin.

Phalanx and the other fifteen Colossi were created by Lord Emon to contain the fragmented essence of the defeated evil Dormin. He set them all to wander the Forbidden Lands, destroying anyone that comes their way, so that Dormin could never be resurrected.

Phalanx is the thirteenth colossus that he encounters, emerging from underneath the sands of a desert and taking flight above the ruins. Wander must follow Phalanx on his horse Agro, and must shoot the Phalanx's air sacs with arrows. Hitting all three will cause the colossus to drop from the sky, skimming just over the ground. It will lower its wings to keep itself up, and it is then Wander must jump from Agro onto one of the wings and work his way up to the beast's back as it rises back to the air. He must then run to each of Phalanx's three sigils and stab them, which Phalanx will try to cover with flaps. After dealing enough damage, Phalanx will dive back down into the sand, burrowing underneath until it surfaces again. Wander must repeat the process to bring Phalanx down, mount its wings, and climb onto its back to finish stabbing its sigils. After all of the sigils are stabbed, Phalanx will fall onto the desert dunes below and die, releasing the fragmented essence of Dormin contained within its body.

Phalanx's corpse can be seen as the credits roll. 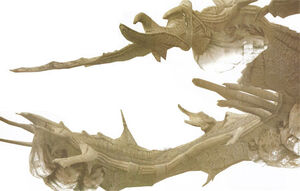 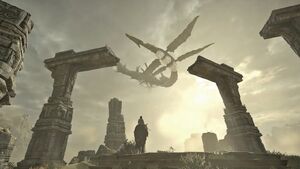 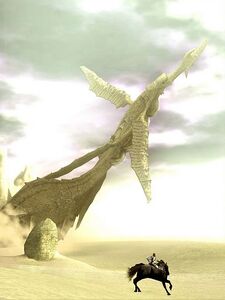 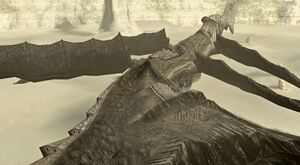 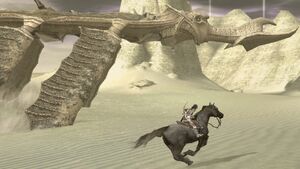 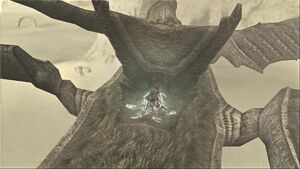 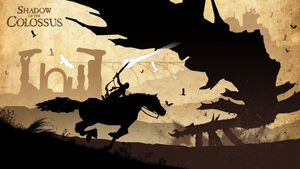 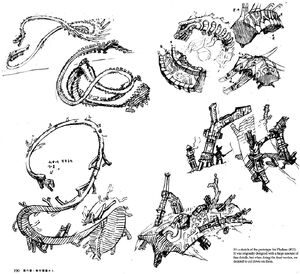 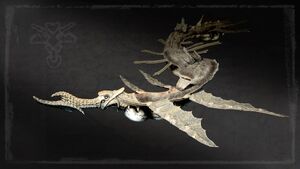 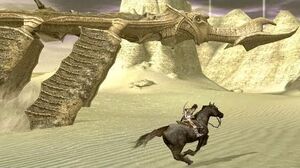 Retrieved from "https://villains.fandom.com/wiki/Phalanx_(Shadow_of_the_Colossus)?oldid=3768924"
Community content is available under CC-BY-SA unless otherwise noted.