Batman: Mask of the Phantasm

Talking to her mother's grave.

Being with Bruce Wayne

Avenge her father's death (all succeeded).
Resume her relationship with Bruce (failed).

Andrea Beaumont, also known as the Phantasm, is the titular main antagonist of Batman: Mask of the Phantasm, the first animated film based on Batman: The Animated Series.

She is a former lover of Bruce Wayne turned deadly vigilante, who targets Salvatore Valestra and his mob bosses, including the Joker, for her father Carl's death. She also fights Batman for getting in the way.

The Phantasm was voiced by Stacy Keach, who would later voice Robert Vance in Batman Beyond, as well as also physically playing Cameron Alexander in American History X and Ken Titus in Titus. Andrea was voiced by Dana Delany.

Bruce Wayne was visiting his parents' graves at a Gotham cemetery when he met the beautiful Andrea Beaumont. They quickly fell in love and began spending time together.

At the same time, Bruce was also beginning to fight crime as a masked vigilante, but no one was scared. He decided that bats were scarier and attempted to be 'Batman'. After stopping a street robbery, Bruce gets hurt and Andrea is frightened.

Bruce returns to his mansion, angered, as he replied "I can only have one or the other, I can't have it both. I can't go out doing this if I have someone waiting for me to come home every night!" Deciding to choose love over crime fighting, Bruce proposed to Andrea.

Although initially accepting Bruce's proposal, the next morning, Andrea returns the ring before leaving Bruce and Gotham behind out of the desire to not let anything keep her from avenging her father's death. Saddened, Bruce ultimately donned the mask of Batman. Ten years later, a mysterious masked figure (who would become known as the Phantasm) begins slaying various mob members related to Salvatore Valestra, starting with Chuckie Sol and later Buzz Bronski.

Because of the dark appearance, the Phantasm is mistaken for Batman and the Caped Crusader is put on the run from the police, attempting to clear his name. Valestra went to the Joker and pays him millions of dollars to kill Batman after Buzz Bronski's murder, although Joker would end up killing him instead. The Joker learns that Andrea is the Phantasm. Andrea is killing the gangsters for the following reason: Andrea wanted to marry Bruce, but Salvatore and his gang was pressuring Andrea's father to give them the money he owed them.

He knew he would be unable to do so, so he and Andrea moved away to the Mediterranean Coast of Europe to hide. His father eventually paid them. However, it apparently was never enough and when Andrea returned home after buying groceries one day, she found her father had been murdered (by the unnamed hitman who would later become the Joker). She was unaware that her friend Arthur Reeves had sold her father out when he refused to fund his campaign.

She became the Phantasm and killed Valestra's gang as revenge. Bruce (as Batman; Andrea knows his identity) confronts Andrea and asks him "what will vengeance solve?" Andrea responds "if anyone knows the answer to that Bruce, it's you!" A battle then ensues between Batman, Joker and Phantasm. Joker vanishes into the night, laughing as it happens, and Batman escapes an explosion, using a waterway below.

Batman thinks that Andrea died in the explosion, however, in reality, she escaped to a cruise ship where one of the passengers notices her standing alone at the rail. He starts to introduce himself, but notices her rather cold greeting, and mourning veil. When he apologizes and asks if Andrea wishes to be left alone, she answers that she already is.

Years later, Andrea was hired by Amanda Waller to murder Terry McGinnis' parents so that he would follow in Batman's footsteps. However, Andrea could not bring herself to do it, as the cold-blooded murder of innocent civilians represented everything that Batman stood against. When she returned to Waller, Andrea angrily berated her for planning the attempt at all, arguing that they almost violated everything that Batman stood for. Even though Waller was narrow minded and ruthless, Andrea was able to convince her to abandon the project to prevent any further attempts on Warren and Mary McGinnis's lives. Since Andrea spared Warren and Mary, they would later have a second son and Terry would later become the new Batman through a different set of circumstances. 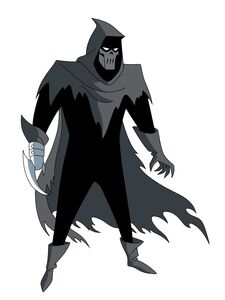 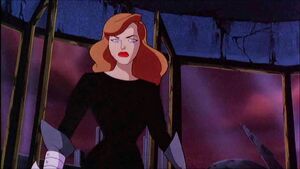 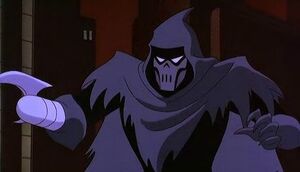 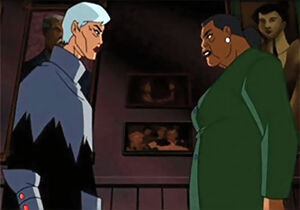 An elderly Phantasm and Amanda Waller. 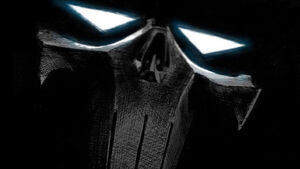 The Phantasm in Batman/Catwoman. 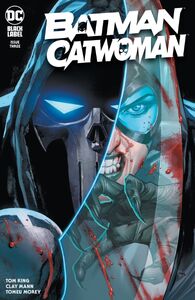 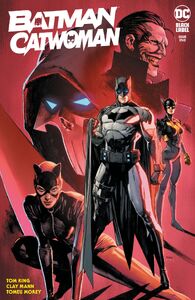 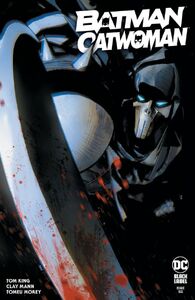 Retrieved from "https://villains.fandom.com/wiki/Phantasm?oldid=4272228"
Community content is available under CC-BY-SA unless otherwise noted.