Curses
Changing the colored energy of its heart
Floating
Pyrokinesis

Placing curses on its victims.

To destroy Sora and his friends.(failed)

Eerie Phantom
The Phantom is a minor villain in the video game Kingdom Hearts. It is an Emblem Heartless that attacked the Clock Tower of London, as well as serving as one of the optional bosses in the game.

The Phantom is an Emblem Heartless that appeared as a long, tattered, black cloak with long sleeves that gradiates into a light aqua color from the waist down. It has a long, pointed hood and it does not seem to have a face or body of any kind. Only its own clawed, five-fingered hands are visible, but even they seem to be wrapped in the cloak. The apparent source of its power is an orb that contains its heart in the lower section of the cloak. This orb glows in a different color—red, blue, yellow, and white—depending on the type of attack it is currently vulnerable to. The orb can also disappear entirely for short periods of time. The Heartless emblem is displayed on its back.

In Kingdom Hearts Final Mix, the Phantom is largely unchanged, though its cloak is now predominantly white with black sleeves decorated by a flame-like pattern.

The Phantom's name is a reference to its eerie, ghost-like appearance.

The Phantom emerged from the Final Keyhole after it was opened by the Princesses of Heart. It decided to go straight towards the Clock Tower near Neverland, where it decides to possess and curse the Tower for unknown reasons. Tinker Bell discovered the Phantom there, and flew back to the Cabin of Captain Hook's ship, where she manages to find Sora, his friends, and Peter Pan. She tells them, through Peter Pan, about a strange creature that she saw near the Clock Tower, and she leads them back to the Tower. As they were flying to the Clock Tower to search for this ghastly creature, the Phantom appeared out of nowhere and attacked them. However, after a long and violent battle, the Phantom ended up defeated by Sora and his friends.

The Phantom is a powerful Emblem Heartless. Its main ability is inflicting curses. Its signature move known as Doom is when it places a curse on the clock on the clock of the tower, and when the clock strikes twelve, one of the party members instantly dies, and the character can't be revived. However, when Sora defeats the Phantom the party members come back. It also has razor sharp claws, and can generate dark fireballs. The curse can be temporarily nullified if Sora uses a Stop spell on the Clock Tower. The Phantom also has four orbs that it carries, but it can only carry one at a time. All four orbs grant the Phantom enhanced durability, but each one has a certain weakness which makes it vulnerable; the Red Orb is weak against Fire magic, the Blue Orb is weak against Blizzard magic, the Yellow Orb is weak against Thunder magic, and the White Orb is weak against physical attacks. 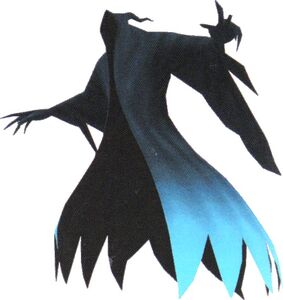 The Phantom in Kingdom Hearts. 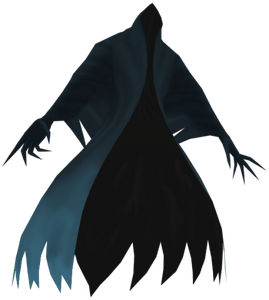 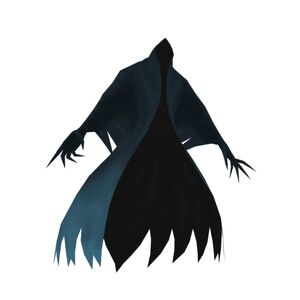 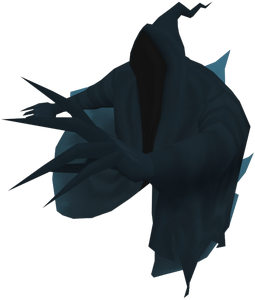 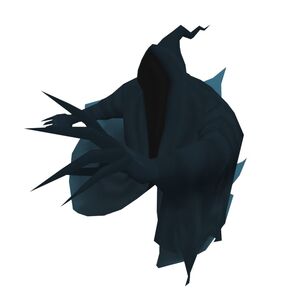 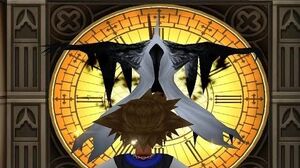