The Phantom Aqua is a minor antagonist in Kingdom Hearts 0.2: Birth by Sleep -A fragmentary passage.

She is the personification of Aqua's insecurities and is encountered in the Realm of Darkness.

She is voiced by Megumi Toyoguchi in Japanese and Willa Holland in English, both of whom also voice the real Aqua.

When Aqua arrives in the remnants of Dwarf Woodlands in the Realm of Darkness, she comes across a magic mirror that brings Aqua's reflection to life as the phantom Aqua, who pulls Aqua into the Mirror.

Inside, Aqua goes through areas inside several other mirrors while the phantom Aqua repeatedly taunts her by telling her that nobody cares for her and that all of her actions are futile, battling the phantom three times along the way.

After the Phantom Aqua's destruction, the real Aqua proceeds on her journey, though the phantom's taunts continue to torment Aqua.

A stronger version of the Phantom Aqua appears as the post-game secret boss.

A similar entity known as "Anti-Aqua" was created when Aqua was struck by a sphere of darkness by Xehanort's Guardian, controlled by Ansem, Seeker of Darkness.

On the verge of trying to kill Riku with a Demon Tower and Mickey's Star Seeker, Sora entered the realm of darkness with the Master's Defender, once wielded by the late Master Eraqus, and helped Riku vanquish the Demon Tower.

With Mickey saved, Riku was advised to look after him while Sora fought against Anti-Aqua on water. Once the darkness in Aqua was quelled, Sora reached for her hand and the group was reunited in the realm of light on the Destiny Islands.

At the Keyblade Graveyard, Aqua herself imagined a horde of Anti-Aqua's inside the Demon Tide as a result of her PTSD from the events in question. While Sora, from the future, traveled into Aqua's heart with the power of waking to save Kairi's heart that was shattered by Master Xehanort, he saw a flashback image of the Phantom Aqua that resided within her heart.

As a copy of Aqua, the phantom Aqua has all the same abilities as she does, even wielding a copy of the Master's Defender Keyblade. She can teleport and create copies of herself, as well as summon large ice crystals that home in on her opponent. She also has access to the Spellweaver Command Style, which she can use in tandem with her copies to spin at her opponent and create a large burst of ice at the end of the attack. 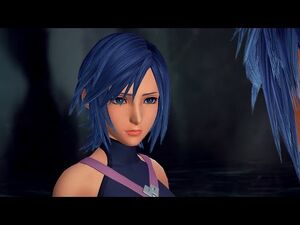 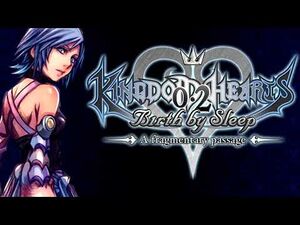 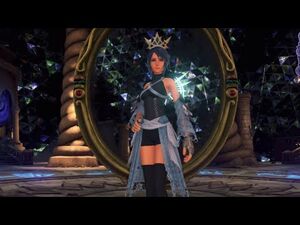