Taunting and jumpscaring the security guard.

Phantom BB is essentially the same model as Balloon Boy from the second game, but he lacks eyes. He instead has small, glowing, white irises similar to Springtrap and is missing both his "Balloons!" sign and balloon. Phantom Balloon Boy also looks to be charred or burnt, possibly foreshadowing the torching of the attraction.

Unlike in the second game, Balloon Boy is now hostile. Phantom BB lacks a movement pattern, but instead randomly blocks the Monitor view with his face, the frequency of this increasing as the week progresses. If the player does not change camera views before retracting the Monitor, Phantom Balloon Boy will appear in front of the player in The Office and proceed to lunge at them with a scream, disappearing and disabling the ventilation system. The time allotted to change cameras before his jumpscare decreases as the week progresses. 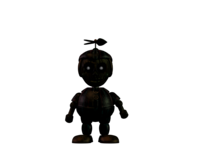 BB as he appears in Five Nights at Freddy's 3. 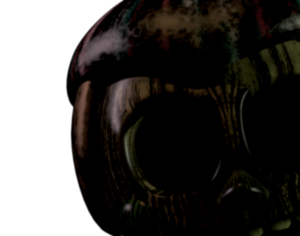 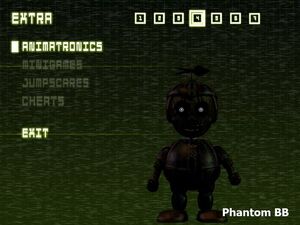 Phantom BB on the Extra menu. 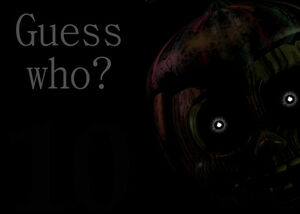 Phantom BB on the fourth teaser. 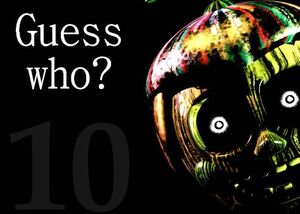 Phantom BB in a teaser for Five Nights at Freddy's 3 brightened. 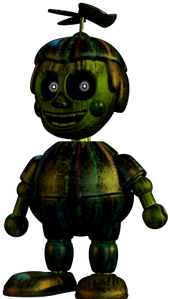