Soldiers of the Neo-Human Empire

Mutant Thugs
Phantom Soldiers are the soldiers of the Neo-Human Empire Phantom Army and antagonists in Inazuman.

They wear light-gray uniforms and gas masks as well as white helmets resembling those worn by the German Army in World War II. Both their helmets and belts have the Neo-Human Empire symbol emblazoned on the front. Their boots and gloves are also white but, after episode 5, they were changed to brown along with the color of the helmets. They also at first had an orange claw on their right arm, but this was changed later into claws on either arm that could fire grappling hooks. 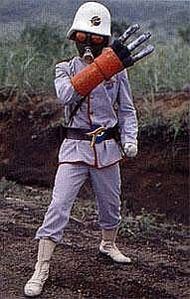 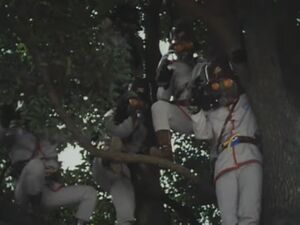 Phantom Soldiers in a tree. 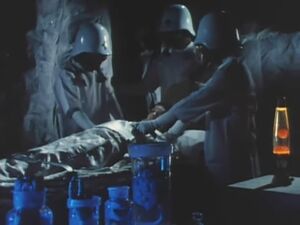 Neo-Human scientists performing a surgery to convert a woman into the Snow Banbara. 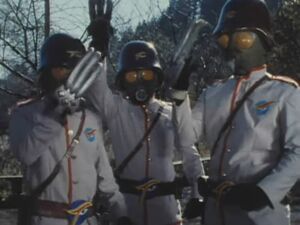