Bluestone the Great (Scooby-Doo, Where Are You?)

The Phantom of Vasquez Castle is a recurring antagonist in the Scooby-Doo franchise.

He is voiced by Hal Smith.

The Phantom first appeared in the Scooby-Doo! Where Are You? episode Hassle in The Castle where he was the disguise of Bluestone the Great, an ex-magician who used the costume to find some buried treasure and was wanted in six states.

The Phantom appears in the 2002 videogame Scooby-Doo! Night of 100 Frights, as a common villain, brought back by the Mastermind and is featured in all areas (Mystic Manor, the Haunted Grounds and Smuggler's Cove). It was one of the few villains capable of flying/floating around. The ghost was unusual in that it's the only villain in the game that couldn't be killed. He is even in the Redbeard boss fight.

In the 2004 videogame Scooby-Doo! Mystey Mayhem, Walter Peabody's ghost costume was similar to the phantom.

The Phantom appeared in the opening credits of the 2015 movie Scooby-Doo! Moon Monster Madness.

The Phantom appeared in the other 2015 movie Scooby-Doo! and Kiss: Rock and Roll Mystery as a hologram.

The Phantom appeared in LEGO Scooby-Doo! Knight Time Terror where his costume was worn by Kyle Grimsley. 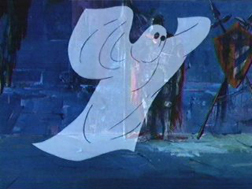 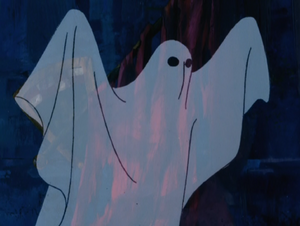 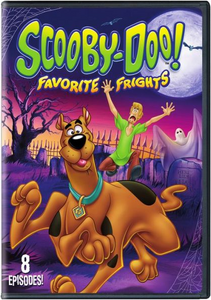 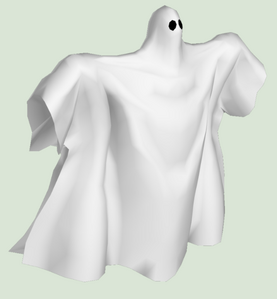