Fantomon (in the Japanese version)

Help his master Myotismon bring the 8th Digidestined to him.

Phantomon is a Ghost Digimon whose name is derived from phantom spirits and whose design is derived from the mythological Grim Reaper. It holds a giant sickle and chain.

It is a higher class of Ghost Digimon compared to Bakemon, so when a person is possessed by Phantomon they are in their last moments, and it comes upon them when they die completely. There is a crystal shaped like an eyeball hanging from its neck, and similar to Mammothmon's crest, it is able to foresee everything with its power of clairvoyance, in order to perceive those that are close to death. It is said that the interior of the cloth which conceals its body leads to a separate dimension from the Digital World. The DigiCode on its cape is randomly arranged, and reads "Digital Monster".

Phantomon is an Ultimate Level Digimon. He bears a strong resemblence to the Grim Reaper. He wears a gray cloak with a red cape and a hood. He carries a chain that connects to his scythe, and a crystal on his neck that looks like an eye. There is a metallic hazard symbol with a skull in the middle of the icon visibly seen on the front of its red cowl.

A Phantomon is first seen as a top henchman of Myotismon and is the driver of Myotismon's carriage. One of his tasks is to lead the Bakemon during the invasion of the Real World, and it is him who end the DigiDestineds' plan to immobilize the Bakemon. Phantomon also used the Bakemon to capture Sora and Mimi, Tai and Kari's parents and the Citizens. Phantomon also defeats Greymon and later attacks Matt and Sora with Tuskmon and Snimon, who then fight against Garudamon and Garurumon. When Kari reveals herself as the eighth DigiDestined, it is Phantomon who captures and brings her to Myotismon when she surrenders to him. When the DigiDestined attempt to rescue Kari, Phantomon attempts to go after Greymon, but he is forced to back off when Greymon digivolves to MetalGreymon. Phantomon is finally destroyed by a mere brush from Angemon's Hand of Fate attack, even though Phantomon was a stage higher. Dave Guerrie voices Phantomon in the style of the late Boris Karloff in the English version while Takahiro Sakurai voices Phantomon in the original Japanese version.

Two Phantomon are servants of Cherubimon and guard the entrance to the Rose Morning Star. When the DigiDestined digivolve, the Phantomon quickly capture the children until only Loweemon is left. When the Phantomon try to capture him, he jumps away in time. The two Phantomon crash into each other, and Loweemon takes the time to use his Shadow Lance attack. It causes their Fractal Code to appear, which is scanned and purified by Loweemon. 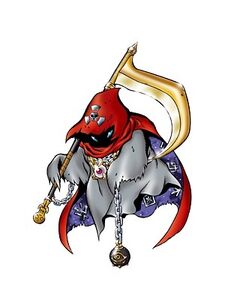 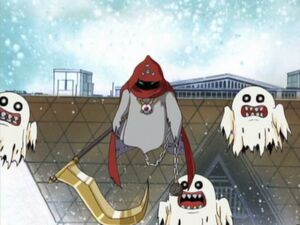 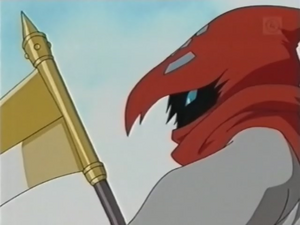 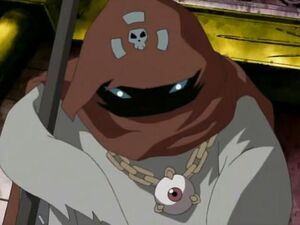 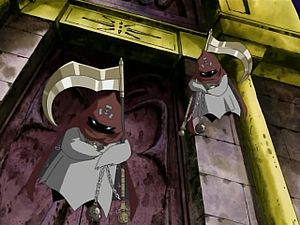 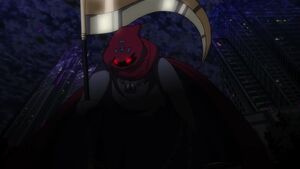 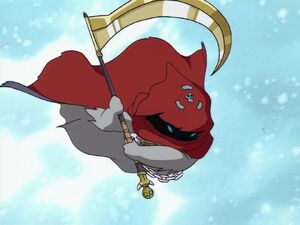 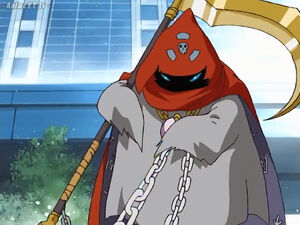 Phantomon and Devidramon set out to take their lord to the location of the DigiDestined. 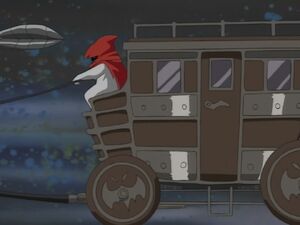