High-ranking member of the Space Pirates

Phantoon is an alien ghost. His entire body looks like a grey alien's head and has green skin. He also has tentacles for arms, and an eye in a mouth full of sharp teeth that is his weak spot.

Phantoon made his first appearance in Super Metroid, as one of the four Space Pirates protecting the entrance to Tourian and Mother Brain. Samus fights him in a wrecked ship. Phantoon fights by teleporting at random areas and producing ghostly fire. Eventually, Phantoon's eye opens, giving Samus a chance to shoot at Phantoon. After Samus defeats Phantoon, he disappears and the wrecked ship's power is restored.

Phantoon appears as the true final boss in Metroid: Other M.

When Samus returns to the Bottle Ship to retrieve Adam's helmet, she comes across a bunch of strange creatures emerging out of dark pools. As she was heading towards the Control Room, Phantoon appears in front of her and seeks revenge after being defeated for the first time. Phantoon has definitely shown some significant changes. Phantoon is roughly twenty times bigger than before, is far more powerful, and has a bigger arsenal to fight Samus with. Phantoon summons ghostly hands to attack Samus, creates giant pools of darkness around the area, and he shoots homing ghostly fireballs practically non-stop. Phantoon's main weakness is his eye, and after Samus defeats Phantoon, he drifts into space and explodes.

Phantoon appears as a trophy, based on his design from Metroid: Other M.

Phantoon appears as a support spirit. His spirit battle is against an invisible Inkling on the Frigate Orpheon stage. When equipped, he grants the player immunity to sticky floors. 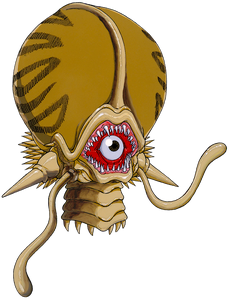 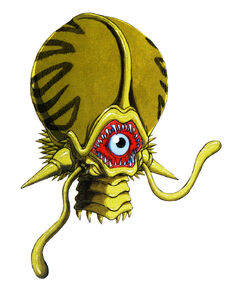 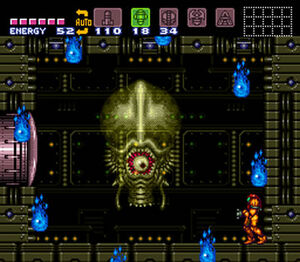 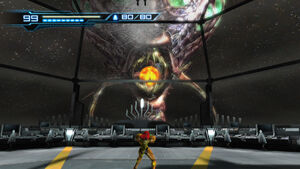 Phantoon in Metroid: Other M. 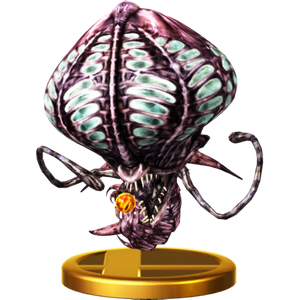 Phantoon's trophy in Super Smash Bros. For Wii U. 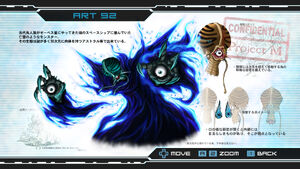 Concept art for Phantoon in Metroid: Other M.