Philip "Phil" Cassidy (1953-?) is a character in the Grand Theft Auto series.

Phil was the only son of the Cassidy family and had two sisters Louise and Mary Jo. He claims to be a military veteran but is actually fraud and is really gun smuggler who was rejected to join the army for his alcohol problem.

He was disgusted by Marty Jay Williams' abuse of Louise and meets Victor Vance who got kicked out of the army thanks to Jerry Martinez . Phil becomes more sober as the story progress only to go back to his drunken state after Louise was killed by Armando Mendez. He later agrees to help Vic to distract the army so that he could hijack a military helicopter.

Two years later, he was recruited by Tommy Vercetti to rob a bank. Phil's position was to be the stick up man and things went fine at first. It all went downhill when one of the hostages pulled the alarm and Phil later killed him and the arriving SWAT team. He and Tommy escaped and enjoyed the loot they pulled. Phil later lost his arm after a bomb incident when he was drunk. 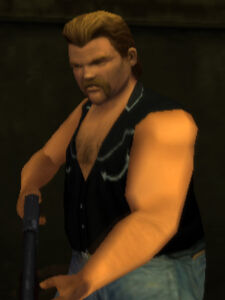