Villains Wiki
Register
Don't have an account?
Sign In
Advertisement
in: The Godfather Villains, Mobsters, Pimps,
and 19 more
English

Pedophilia (probably, in the book only)

Hostage taking (in the video game only)

Scheming Crime Lord
Philip Tattaglia is a fictional character and major antagonist in Mario Puzo's novel The Godfather, the first installment of The Godfather film trilogy and The Godfather video game.

He was portrayed by Victor Rendina.

Tattaglia heads one of New York's Five Families, which bears his name. Although his primary business is prostitution, he is the first to invest in Virgil Sollozzo's heroin trade, and wage war with the Corleone Family after Vito Corleone refuses to provide financing and lend political and police protection to the enterprise. The Tattaglia family attempt to assassinate Vito Corleone, first killing notorious Corleone enforcer Luca Brasi. Further attacks flounder, and Tattaglia is dealt a debilitating blow when the bloody conflict claims his son, Buno, and after Vito Corleone recovers and resumes control of his family. After Vito's son, Sonny Corleone, is murdered, the two Dons negotiate an end to the protracted struggle. However, Tattaglia tellingly insists on Don Corleone's guarantee to honor the peace. After conceding to Tattaglia's demands, Corleone realizes that he fronted Emilio Barzini's master plan to collapse the Corleone empire, divide the spoils among the four remaining families, and embrace the heroin trade unopposed. After the meeting, Vito tells Tom Hagen that Tattaglia is a "pimp" and never could have outfought Sonny. He realized at the meeting that Barzini was the mastermind behind the war and Sonny's assassination.

Tattaglia's death varies between the movie and the book. In the movie version, he is in bed with a prostitute when Rocco Lampone and another assassin, acting on Michael Corleone's orders, burst in and murder both with Madsen M-50 submachine guns. This scene took place in room 242 on the second floor of the then Lido Beach Hotel, in Lido Beach, New York. The assassins prepared for the hit in one of the two cuppolas on the hotel's top floor.

In the novel, Tattaglia is standing over a bed with a young girl lying on it (implying him to be a pedophile) when Rocco Lampone shoots and kills him. 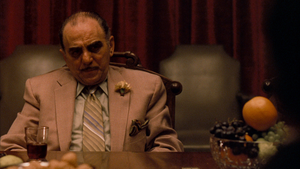 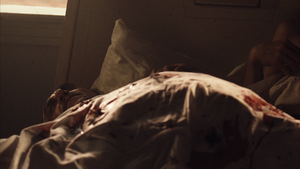 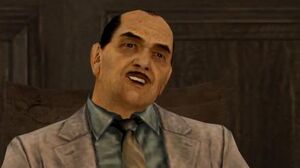