Talking to himself while acting out as different characters that he played.

Steal the Pop-Up book and frame Paddington for the crime (temporarily succeeded).

Use the Pop-Up book to find all of the fortunes around London in order to get rich and famous.
Kill Paddington and the Brown family (both failed).

Phoenix Buchanan is the main antagonist in the 2017 family comedy film Paddington 2, the sequel to Paddington. He is a washed-up actor who lives near the Browns until the events of the film.

He was portrayed by Hugh Grant who also voiced Blitzen in the American dub of Robbie the Reindeer.

Following the arrest of Millicent Clyde for her crimes, Paddington saves up money to buy a pop-up book for his Aunt Lucy's birthday, but a thief breaks into the antique store where it is held and steals it. The thief escapes and turns out to be Buchanan in disguise, and Paddington is arrested for the crime.

It turns out that the book holds clues to the whereabouts of a fortune, and Buchanan assumes other disguises to find the clues. Meanwhile, the Browns begin to suspect him and eventually find his costumes and the book in his attic, proving him to be the culprit. However, the police need the pop-up book in order to prove that Phoenix is the one who stole it in order to prove Paddington's innocence, since the book will have Phoenix's fingerprints on it.

With the help of some of his fellow inmates, Paddington escapes from prison and talks to the Browns on the phone, and they have no clues of Phoenix's whereabouts, but when Paddington tell the Browns that on the last page of the pop-up book was "Where All Your Dreams Come True", Mary Brown realizes that she had the same thing on Phoenix's scratch paper. The Browns even saw the same words on the organ in the newspaper and realized that the organ is where the treasure was hidden and know that Phoenix was heading for the train with the organ onboard. Henry Brown then tells Paddington to head for the train station, because if they can retake the book from Phoenix on the train, then it will prove that he is the real thief.

Paddington sets on board a train with Buchanan, which carries an organ where the treasure is hidden. Buchanan tries to access the fortune in the organ, but Paddington and the Mr Brown, Judy, and Mrs. Bird confront him. He then locks Paddington in another carriage and separates it, leaving Paddington to his fate. However, Judy quickly takes a photo of Phoenix for evidence and Mr. Brown knocks him out with his launching skills. Meanwhile, Paddington nearly drowns when the carriage falls into a river, but Mrs. Brown, with some help from Knuckles and his two inmates, ultimately rescues him. Paddington's name is then cleared. Buchanan is finally arrested and sentenced to 10 years of prison for robbing Gruber’s antiques, committing vandalism in the Tower Bridge and Saint Paul’s Cathedral, and attempted murder on Paddington. However, Buchanan is allowed to continue his acting career in prison, and the show he puts on appears to be very well-received by the guards and inmates, providing Buchanan with a sense of the renewed fame and appreciation for his work that he had desired for so long (albeit obviously not in the way he had intended or foreseen). 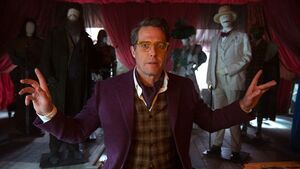 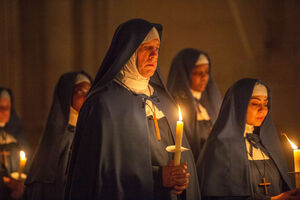 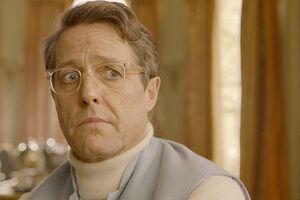 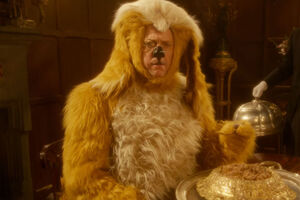 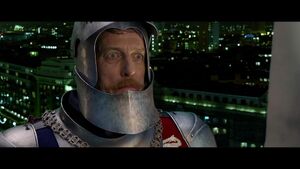 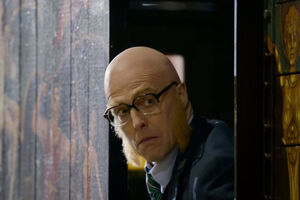 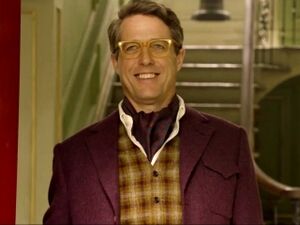 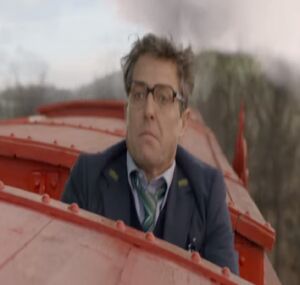 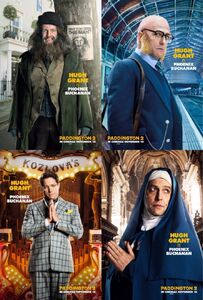 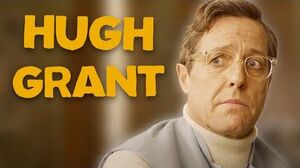 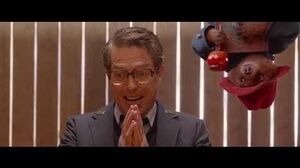 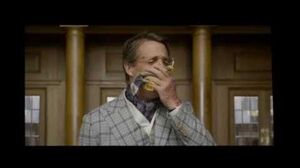