chief enforcer and an attorney in the employ of Tobias Whale

Be succesfull in criminal world

Minor Villain, Kidnapper, Mutated Villain
Phosphorus Rex in a minor villain, who appeared in Cartoon Network show Beware the Batman. He is a villain with powers of fire manipulation.

He made his first debut in the episode "allies, where he was going to make a deal with Jim Gordon to release his boss before the certain time. When Gordon said "no", Milo kidnapped his daughter Barbara, so to make Jim Gordon to release Tobias Whale from jail. Instead of this, Gordon makes union with Batman and Katana to find and save Barbara Gordon. When they found her and Milo, Gordon ordered Milo to surrender, but instead of this, Milo transformed into Phosphorus Rex and started fighting Batman and Katana. In the end, he was arrested after being defeated because of the truck with oil, which was directed by Katana.

He reappeared in the episode "Reckoning", where he and some other villains were released by Ra's al Ghul from Blackgate Prison. Ra's al Ghul hired all of them to bring Batman to him dead or alive, and whoever bring Batman to him, will get instead any piece of Gotham, which they would want. Phosphorus Rex was the third one who tried to capture Batman, but first, he had to get rid off Magpie, who also tried to capture Batman. Magpie and Phosphorus Rex fell in battle, and became mind contolled by Cypher. But Batman quickly freed them. Batman was going to put handcuffs on them, but Mr. Toad used his sonic croak to push Batman into the side of a car. Then, Batman saw that he was surrounded by five villains, including Phosphorus Rex. However, he managed to trick them to turn them on each other. 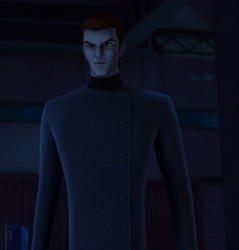 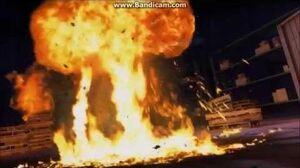 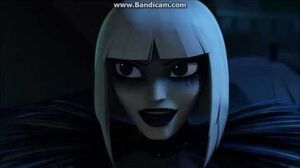 DC Male and Female Mind Control 2 - Beware the Batman
Add a photo to this gallery
Retrieved from "https://villains.fandom.com/wiki/Phosphorus_Rex_(Beware_the_Batman)?oldid=3705872"
Community content is available under CC-BY-SA unless otherwise noted.