Homicidal Animal
The Pig is a minor antagonist in the AvM Shorts, serving as the main antagonist of the Season 1 episode "Potions" and a posthumous character in the Season 3 episode "The Witch". It is a Minecraft pig that gains superpowers from drinking an excess of potions, allowing it to challenge and battle the animations.

The episode begins with Blue discovering how to make potions and their abilities. Upon discovering them, it proceeds to make a bunch of potions to sample them all.

Later, Red spawns the pig as a pet and begins taking it for a walk. The two stumble upon Blue's brewing stand and hundreds of used bottles, then find it passed out. As Red checks Blue, the pig wanders off. Blue is fine but then sees the pig getting into its stash of potions, drinking one of each and gaining an excess of powers as a result. It then begins eating Blue's crops, and when Blue tries to stop it, the pig throws him away. It then begins eating all of the crops and destroying the computer.

The pig happens upon the Second Coming, Yellow, and Green, and the Second Coming tries fighting it. However, the pig throws it up into the air and begins beating it, quickly overpowering it and defeating it. However, Blue arrives having drunk a series of potions and faces off against the pig. The two engage in aerial combat, punching and kicking each other. The fight carries to the ground, and the two seem evenly matched until the pig begins to gain the upper hand.

However, the Second Coming, Red, Yellow, and Green arrive, having drunk potions themselves. They manage to beat it up before the pig retaliates, throwing and beating them all at once. It quickly gains the upper hand and begins leaping around the screen hitting the animations. However, mid-leap, the pig's potion effects all suddenly wear off. The pig plummets to the bottom of the screen to its death, leaving nothing but a pork chop.

Red mourns the loss of its pet, but gets over it seconds later and spawns a llama.

When the titular witch is about to kill the Stick Gang after turning them into dye with potions, Red's new pet pig drank all of the Witch's potions, and gained even stronger powers than the evil Pig, with the powers being shown in the same way as in Season 1.

The pig seems to only care about its own pleasure and thrill, and mainly just looks for food and entertainment. However, after it drinks the potions and gains all of its powers, it decides that it can do anything it wants to do and begins eating and destroying relentlessly. When it is challenged, it fights mercilessly and without remorse. 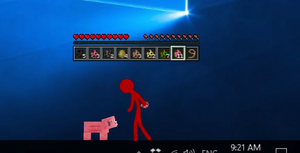 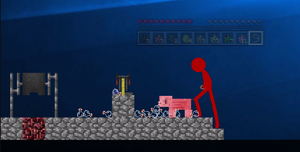 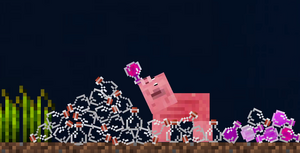 The pig drinking the potions. 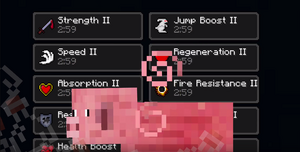 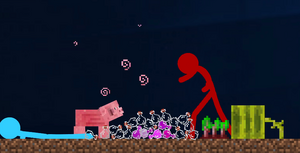 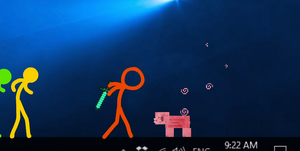 The Second Coming confronting the pig. 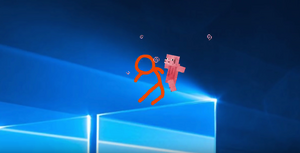 The pig vs. the Second Coming. 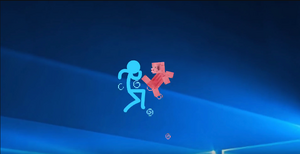 The pig vs. Blue. 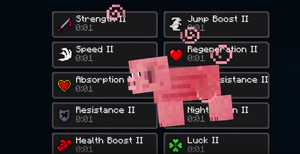 The pig losing its abilities. 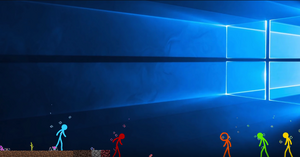 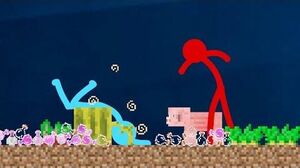