To hunt down and kill both Samurai Jack and the Scotsman in order to collect a tremendous bounty reward from Aku, to collect more bounty for captured fugitives, to to be forever rich. 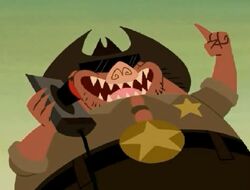