Skilled use of a chainsaw

Slaughtering victims with his chainsaw.

Break free from his chains (succeeded).

Slaughter James Earl Cash, Lionel Starkweather and everyone in his path (failed).

Piggsy is a major antagonist and the penultimate boss in the 2003 controversial violent video game Manhunt. He is a obese, mentally disturbed maniac who chases Cash through the abandoned attic of Starkweather's mansion.

Nothing is known about Piggsy's true identity, nor how he turned feral or how he came in contact with Starkweather. He was presumably a simple-minded dimwit before being enlisted by the director to perform in his snuff movie ring, and it's implied starring in those movies made him go insane. He became a chainsaw-wielding mass murderer, wearing a pig head, hence his nickname.

He had a long and successful career in Starkweather's company, starring as the protagonist in extremely gruesome and disturbing snuff movies such as "Piggsy's Greatest Hits" and "Piggsy's Bloopers" where Piggsy killed dozens, if not possibly hundreds with his chainsaw. Because of this, Piggsy became Starkweather's star performer in his snuff films and slaughtered the runners with glee.

Presumably, Starkweather eventually stopped making him star in his snuff films and instead decided to use him to dispose of the bodies of the people who fell victim to his snuff films. He had him chained and locked up in the abandoned attic of his estate. He fed him human flesh, which is delivered to him by Cerberus guards, who, in spite of being themselves deadly and dangerous killers, treated him with genuine fear and disgust.

Locked away in the attic, the Cerberus group are seen feeding Piggsy while insulting him and a while later when James Earl Cash is coming to confront Starkweather and his mercenaries in his mansion, he simultaneously breaks the chains and gets free. Presumably, he wishes to kill Lionel Starkweather as a form of revenge.

When James was caught after trying to escape and is brought back to Starkweather’s Estate, Piggsy, now armed with a Chainsaw, kills the Cerberus guards as more of them search for Cash and Piggsy. Piggsy eventually meets Cash and ambushes him in the elevator and soon they both hunt each other down in the attic until Cash attacks Piggsy with two glass shards and a wooden spike.

Piggsy now returns to his room and when Cash goes searching for him, he chases Cash up to the top floor where he stands on a grid that wobbles so he runs back. James then lures him onto the grid again and this time it gives way. Piggsy tries to hang on to the edge but Cash slashes his arms off with his dropped Chainsaw, and he falls to his death.

Piggsy is a remorseless and wrathful maniac, butchering all those who come across his path with his chainsaw, while mimicking a pig's grunt. He is completely inhuman and childlike in behavior and has lost all connection with reality due to the high level of violence and pressure he was exposed to. His mental state has degraded into an animalistic state as he seems to only be capable of speaking a few basic words and squealing like a pig. He even does this when his arms are cut by Cash.

He is heavily obsessed with any potential victims in his vicinity, as seen when he relentlessly pursues Cash, despite the latter having nothing to do with him, and often throws tantrums whenever his victims escape or fight back (or rather attempt to fight back). He seems to be delusional, thinking to play with his victims while he is in reality killing them in the most brutal way possible (much like another hunter encountered in the game, Babyface 1, who kills Cash's relatives).

It is known that Piggsy and the Scarecrow (another snuff performer who left the middle and kept his sanity unlike Piggsy) are bitter enemies. The actual reasons are unknown: either Piggsy has tried to kill him once, or they were jealous of each other success, hence their rivalry. 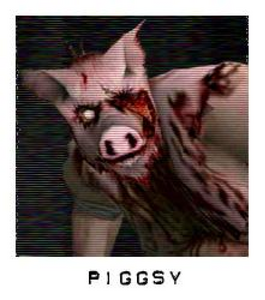 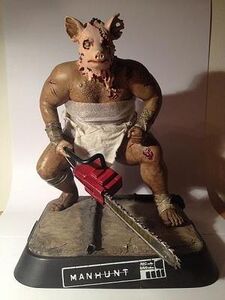 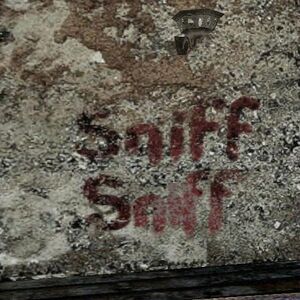 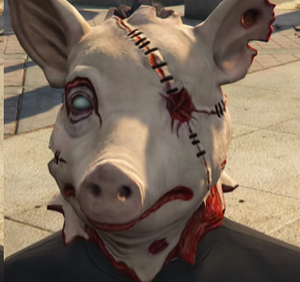