Pimon and Tumbaa are a meerkat and warthog duo who serve as the main antagonists of the Timon and Pumbaa episode "Kahuna Potato". They are the evil counterparts of Timon and Pumbaa.

Later in the episode, after getting trained by Rafiki, Timon and Pumbaa confront Pimon and Tumbaa while they are picking on a squirrel. During the fight, Pimon and Tumbaa trick the duo into thinking that they are hurt, before giving them wedgies again.

Rafiki arrives and encourages Timon and Pumbaa to use Hakuna Matata to win the fight. The duo use their own skills to finally defeat Pimon and Tumbaa, before later forcing them to feed them bugs as punishment. 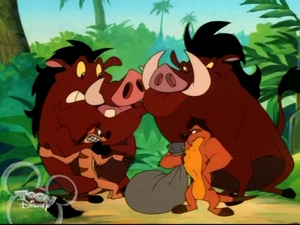 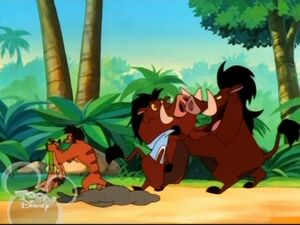 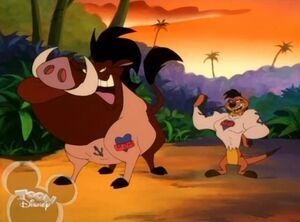 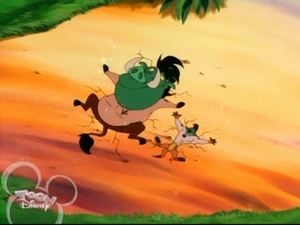 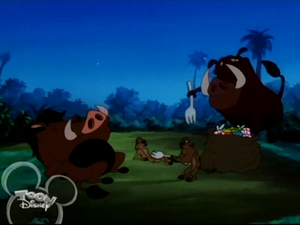 Retrieved from "https://villains.fandom.com/wiki/Pimon_%26_Tumbaa?oldid=3551534"
Community content is available under CC-BY-SA unless otherwise noted.