The Kindly Mother
The Naïve Child

Use necromancy to make him one again (presumably).

Pinwheel is a minor antagonist in Dark Souls. The head necromancer of the Catacombs, he stole Gravelord Nito's rite to kindle bonfires for his schemes.

Very little is known on Pinwheel's origins, although it is known that he stole the Rite of Kindling from Nito's tomb. He seems to be well-known, as multiple statues depicting his three masks can be seen throughout the Catacombs. Mysterious copies of himself can be found in the room in the Tomb of the Giants leading to Nito's coffin. In his lair, numerous books and tombs pile the room, and skeletons are hanging from the roof, including one on an operating table, implying that he is researching necromancy. When the Chosen One arrives in his lair, Pinwheel's three masks look at each other as if discussing how to deal with the intruder.

In battle, Pinwheel attacks by using fire magic, in which he can cast a fireball, a bigger fireball, and a flamethrower. While his magic deals moderate fire damage, they take some time for him to cast and can be avoided by simply running to the side. He can also teleport to another part of the room and summon copies of himself that deal the same amount of fire magic, although they can be defeated in one hit. Defensively, Pinwheel is surprisingly very weak, having only moderate defenses and low health compared to the other mid-game bosses. However, he somewhat makes up for this with the clones he summons that deal just as much damage he normally inflicts.

Defeating Pinwheel opens the doorway to the Tomb of the Giants, while the necromancer himself drops one of his three masks and the Rite of Kindling, which allows the Chosen Undead to kindle bonfires further to obtain up to 20 Estus Flasks when they rest at one.

Due to the unknown backstory of Pinwheel, numerous theories have been made on the origins of the necromancer. Such theories include having Pinwheel being a minion of Nito, betraying the death god for his own schemes.

The most popular theory is that Pinwheel is not one figure, rather three conjoined figures of a valiant father, a kindly mother, and a naïve child. When his wife and child died, the father stole Nito's Rite of Kindling in an attempt to use the power of Nito himself to resurrect his loved ones. However, his plan backfired and the three were merged into a singular entity to become Pinwheel. In his grief, Pinwheel took to performing an experimentation on the undead skeletons of the Catacombs to undo his curse, dumping failed attempts that intimidated him in the deepest depths of the Tomb of the Giants. 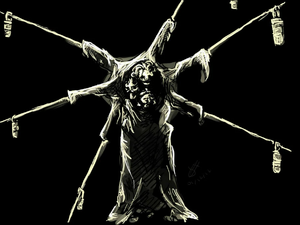 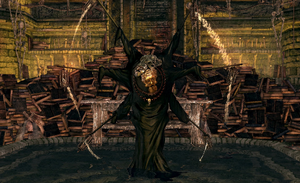 Pinwheel in his lair. 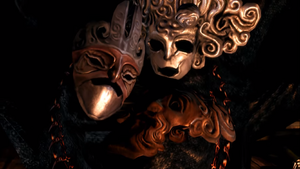 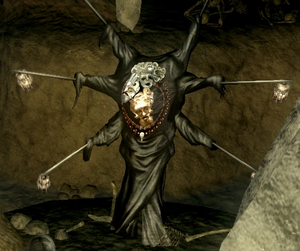 One of the Pinwheel clones found in the Tomb of the Giants. 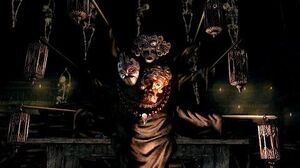 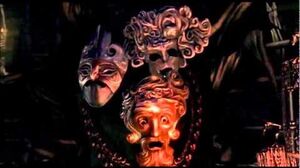 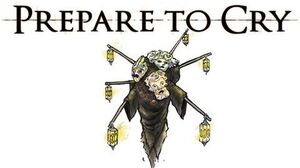